Dream team Serena and Murray march into third round 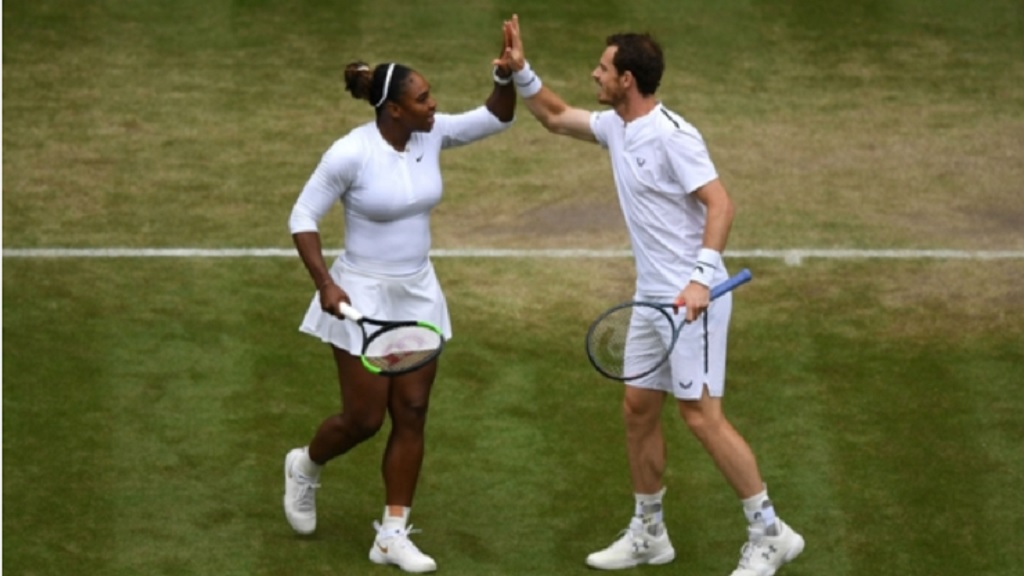 Serena Williams and Andy Murray sailed into the third round of the mixed doubles by taking out 14th seeds Fabrice Martin and Raquel Atawo at Wimbledon.

Williams beat Alison Riske to reach the singles semi-finals in a tough battle on Centre Court earlier on Tuesday and returned to secure another victory with Murray.

Murray and Williams enjoyed themselves on the main show court, American Atawo and Frenchman Martin unable to break a star duo that also won their first match in straight sets.

Williams said she was feeling good after setting up a last-four clash with Barbora Strycova despite a slight issue with her ankle and the 23-time major singles champion looked fresh as she combined superbly with Murray.

Murray and Pierre-Hugues Herbert crashed out of the men's doubles in the second round, but with Williams in this sort of form, the Briton could lift a second trophy since returning from hip surgery after teaming up with Feliciano Lopez for a success at the Queen's Club Championships last month.

Williams returned with venom and Murray put the seal on an impressive victory with an ace as the dream team marched on.