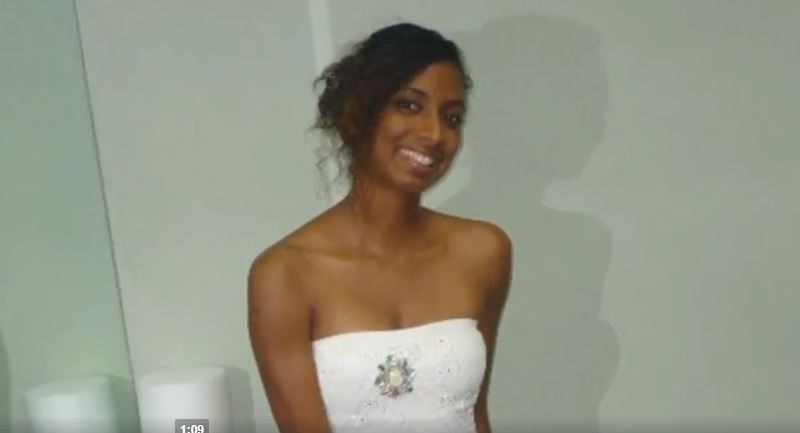 Friends and family members have expressed admiration and respect for 28-year-old Altameka Bodden-Price who died when the vehicle she was traveling in collided with a tree off off Farm Road in East End last Thursday.

Another friend, who posted on social media described Altameka as “like a sister” said that she would be sorely missed by everyone who knew her.

“Maybe a few know or maybe everyone does but today the heavens gained yet another angel. It obviously is true when they say the heavens only take the best,” said the friend on Facebook.

Describing Altameka’s passing as the ‘death of sister’, the friend went on to write on Facebook, “Altameka my girl you truly were the best, most true, most real, loyal friend any person could have asked for!”.

In another heartfelt tribute online, Altameka’s friend used the opportunity to remind road users not to drink and drive.

“If you drive don’t drink and if you drink do not drive,” the friend urged as she shared a video collage of Altameka.

The friend further revealed in an update on social media that almost 10-years prior, when car collision among youth was more prevalent in the Cayman Islands, her then principal reminded them of the importance of safe driving.

“10 years ago when we were graduating high school and car accidents were killing off the youth far too much.  Our then principal Ms Mclaughlin said something that never left me, ‘ When you get behind the wheel of a car you need to have the presence of mind that you are operating a heavy piece of equipment that if not handled [properly may] end not only your life but those on the road,” the friend said on Facebook.

Others friends of Price also shared tributes online many  of whom described her passion for life and the love she had for her young son.

Co-workers at the Morritt’s Resort where Price worked as a receptionist also shared candidly about her joyful and upbeat personality.

Loop News understands that Altameka’s husband who was with her at the time of the collision remains in hospital at this time but is expected to make a full recovery.