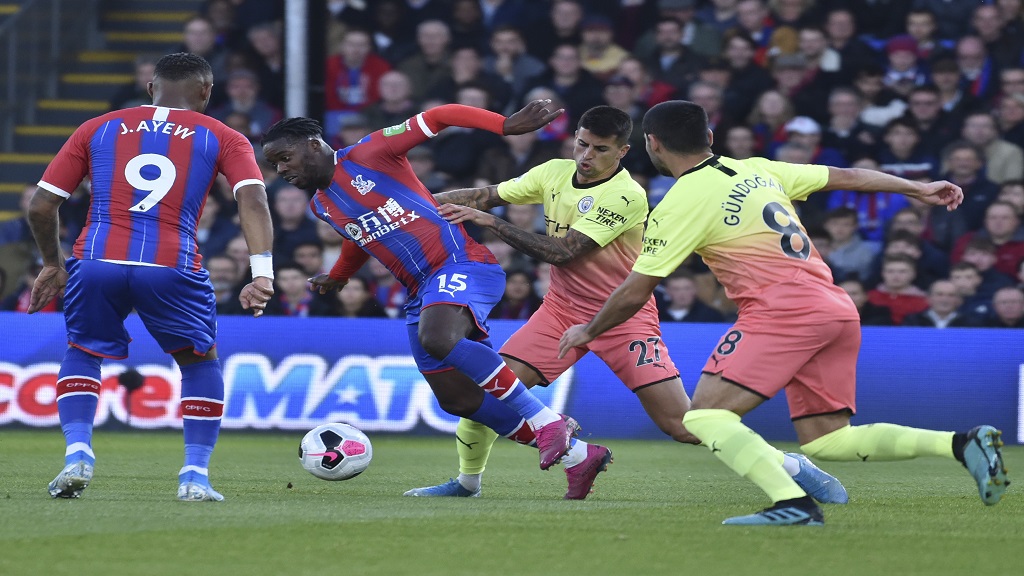 Tottenham were rescued by a late equaliser as Dele Alli salvaged a 1-1 draw at home to the Premier League's bottom club Watford.

Having gone into the international break on the back of a 3-0 defeat to Brighton and Hove Albion, which followed on from their 7-2 capitulation to Bayern Munich, Spurs looked set to become the first team to lose to Watford in the league this term until a mix-up between Ben Foster and Kiko Femenia presented Alli with the chance to sweep in a late equaliser.

Chelsea claimed a fifth successive win in all competitions by beating Newcastle United 1-0 as Frank Lampard's side temporarily moved up to third, a place behind Leicester City, who came from behind to beat Burnley 2-1 thanks to goals from Jamie Vardy and Youri Tielemans.

Leicester and Chelsea were then overtaken by Manchester City, however, as the defending champions – who started with Rodri and Fernandinho in the centre of defence – beat Crystal Palace 2-0 at Selhurst Park.

Aston Villa overcame 10-man Brighton 2-1, courtesy of a late effort from Matt Targett, who had been picked out by the excellent Jack Grealish, while Bournemouth shared the points with struggling Norwich City and Raul Jimenez's penalty earned Wolves a point against Southampton.

In the early kick-off, Everton claimed a much-needed 2-0 victory over West Ham at Goodison Park to hand under-pressure Marco Silva a lifeline.

It looked to be going from bad to worse for Spurs, who fell behind early on at home when Abdoulaye Doucoure swept home from Daryl Janmaat's cross to increase the pressure on boss Mauricio Pochettino.

Tottenham dominated throughout, though Watford will point to what appeared to be a valid penalty appeal which was turned down by both the referee and VAR after Jan Vertonghen had slid into Gerard Deulofeu.

Foster made a terrific save to tip Son Heung-min's strike onto the crossbar early in the second half, but confusion between Watford's goalkeeper and Femenia ensured Alli salvaged a point.

Having raced out to claim a cross, Foster appeared to hesitate, only managing to bundle into Femenia, who headed directly to Alli, who lashed in from a tight angle - VAR confirming the goal.

CHELSEA AND LEICESTER INTO THE TOP FOUR

The Blues are hitting their stride under Lampard, though they looked set to be frustrated by Newcastle until Marcos Alonso's second-half winner.

With Tammy Abraham and Willian having squandered great chances, Newcastle's resolve was broken when their goalkeeper Martin Dubravka failed to keep hold of Alonso's strike.

Chelsea are level on points with Leicester, who bounced back from their defeat at Anfield last time out with a hard-fought victory over Burnley.

The Foxes restored parity through Vardy - who cancelled out Chris Wood's opener - before Tielemans hammered home with 16 minutes remaining. The Clarets thought they had snatched a draw late on, only for Jonny Evans' own goal to be contentiously disallowed.

Liverpool's lead at the top has, temporarily at least, been reduced to five points as City eased to a 2-0 win over Palace through goals from Gabriel Jesus and David Silva.

With Nicolas Otamendi injured and John Stones deemed not ready to start, Pep Guardiola opted to go with Rodri and Fernandinho at the back, though Palace could not test the makeshift pairing before Jesus headed City in front.

Silva added another with a sublime volley before the break, with City going for the jugular in the second half – though they were denied a penalty, Kevin De Bruyne hit the post and Raheem Sterling missed a golden chance to wrap up the points.

Ederson was called into action twice late on, but City were not made to pay for their profligacy as they returned to winning ways and edged closer to Liverpool, who face Manchester United on Sunday.

Everton entered Saturday's early match on the back of four successive league defeats, but the Toffees handed Silva a boost with a dominant display against West Ham - Bernard putting them ahead with a cute finish after some sublime footwork got him through a crowd of defenders.

Silva's side could easily have extended their lead, with Richarlison and Theo Walcott hitting the post and crossbar respectively while Everton also had two goals disallowed.

West Ham might have snatched an unlikely point if not for Jordan Pickford's save from Angelo Ogbonna's close-range effort, but the points were wrapped up when Gylfi Sigurdsson arrowed in his first league goal of the season in stoppage time as Everton ended their dismal run.

Guardiola won't be concerned if City win no titles this season