EU looks to retaliate over US tariffs as job losses feared 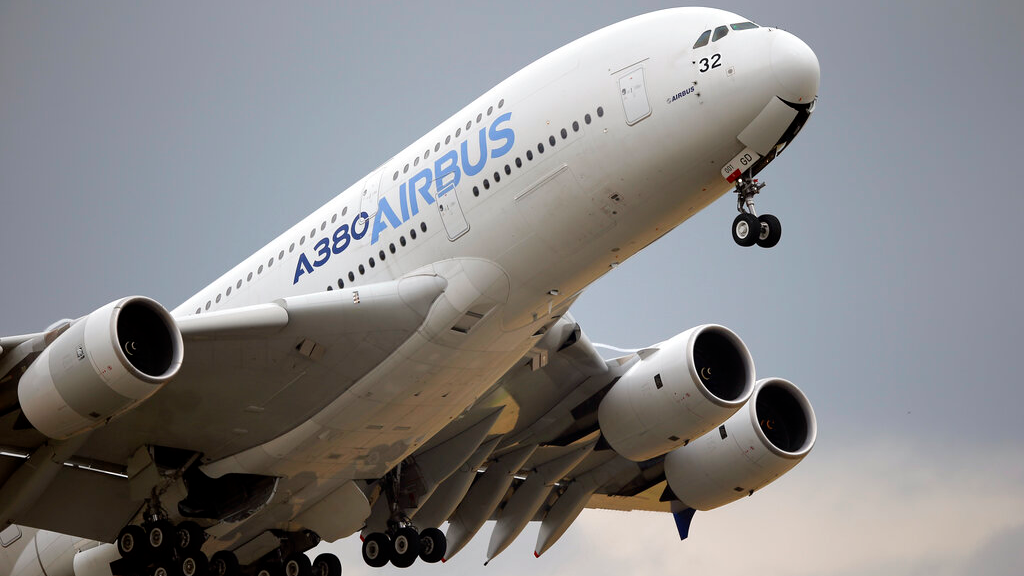 FILE - In this June 18, 2015 file photo, an Airbus A380 takes off for its demonstration flight at the Paris Air Show, in Le Bourget airport, north of Paris. (AP Photo/Francois Mori, File)

The European Union will retaliate against the US decision to slap tariffs on a range of the bloc’s exports - from cheese to wine - that are expected to cause job losses, governments and industry groups said Thursday.

The threat responds to the Trump administration’s decision to put new import taxes on EU imports worth $7.5 billion, opening a new chapter in the global trade wars that are heightening fears of a global recession.

The latest US tariffs target large aircraft but also many typical European products such as olives, whiskey, wine, cheese and yogurt. The tariffs will take effect October 18 and amount to a 10 percent tax on EU aircraft and 25 percent for everything else.

The US got the legal go-ahead Wednesday from the World Trade Organization in a case involving illegal EU subsidies for the aircraft giant Airbus.

But the EU is expecting a similar case involving US subsidies for Boeing to go in its favour, with a ruling due in the coming months. It has said it hopes the two sides can hold off new tariffs, which economically amount to taxes on domestic importers, which can sometimes pass on the higher costs to consumers, making goods more expensive.

“We’ve tried to lessen this commercial tension, but if they are not in the mood for conciliation, obviously Europe will fight back,” the French government’s spokeswoman, Sibeth Ndiaye, told news broadcaster BFM TV.

The head of the Spanish Federation of Food and Beverage Industries, Mauricio García de Quevedo, said the sector will suffer against international competitors and job losses will ensue.

The United States is the Spanish sector’s second biggest food and beverage client after the EU, according to the federation. The sector exported 1.7 billion euros ($1.9 billion) last year.

“Once again, the farming sector is going to pay for an EU trade war which has nothing to do with the Spanish countryside,” Blanco said, according to Europa Press.

US, Mexico officials to begin talks over tariffs, border