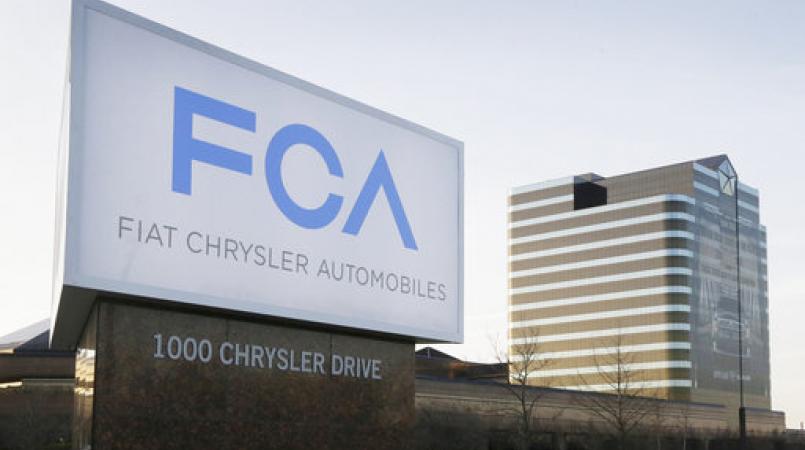 Fiat Chrysler and Google for the first time will offer rides to the public in the self-driving vehicles they are building under an expanding partnership.

Waymo, Google's self-driving car project, said Tuesday it's adding 500 Chrysler Pacifica hybrid minivans to its self-driving vehicle fleet. It will allow hundreds of people in the Phoenix area to take rides in the vehicles so it can get feedback on the experience.

Phoenix-area residents could apply on Waymo's website starting Tuesday. The vehicles will also pick up riders in Chandler, Tempe, Mesa and Gilbert, Waymo said. All of the vehicles will have Waymo backup drivers who can take over in an emergency.

Fiat Chrysler and Waymo have been partners since last spring, when they announced they would build 100 self-driving Pacifica hybrids minivans. Those vehicles were delivered to Waymo in December. The companies have been testing the vehicles in Arizona, California and Michigan.

Waymo began offering a small number of public rides in Arizona two months ago before deciding to expand the program, a spokesman said.

Waymo — created by Google in 2009 — has given rides to the public before in its hometown of Mountain View, California. In 2015, it let a blind man ride around Austin, Texas, in one of its completely self-driving pods. The Phoenix program will be much larger in scale, and it will be the first to use the Pacifica minivans.

Waymo isn't the first to put regular passengers in self-driving cars in the race to develop the technology. Ride-hailing company Uber has had self-driving Volvos on the road in Pittsburgh since last fall. Boston startup nuTonomy is giving taxi rides to passengers in Singapore and Boston. In all cases, there is a backup driver behind the wheel.

Waymo said it wants to learn where people want to go in a self-driving vehicle, how they communicate with it and what kinds of information and controls they want.

Fiat Chrysler builds the Pacifica minivan in Windsor, Canada, just across the border from Detroit. It adds Waymo's self-driving software and hardware, including sensors and cameras, at a facility in Michigan. Fiat Chrysler's U.S. headquarters is in Auburn Hills, Michigan.

"This collaboration is helping both companies learn how to bring self-driving cars to market, and realize the safety and mobility benefits of this technology," said Waymo chief John Krafcik in a company release.

Michelle Krebs, an executive analyst for the car shopping site Autotrader, says studies have shown that a majority of Americans are still reluctant to ride in a fully self-driving car. Opening Waymo's vehicles to the public will help build riders' confidence, she said.

"The key to acceptance is exposure and education," she said.

Ultimately, Waymo says, self-driving cars could prevent many of the 1.2 million deaths that occur on worldwide roads each year.

Waymo has made clear that it intends to form partnerships with automakers and not build its own self-driving cars. It's also in talks with Honda Motor Co. about a potential collaboration.

Photo Credit: This Tuesday, May 6, 2014, file photo shows a sign outside Fiat Chrysler Automobiles world headquarters in Auburn Hills, Mich. Fiat Chrysler and Google said Tuesday, April 25, 2017, for the first time will offer rides to the public in the self-driving automobiles they are building under an expanding partnership. (AP Photo/Carlos Osorio, File)