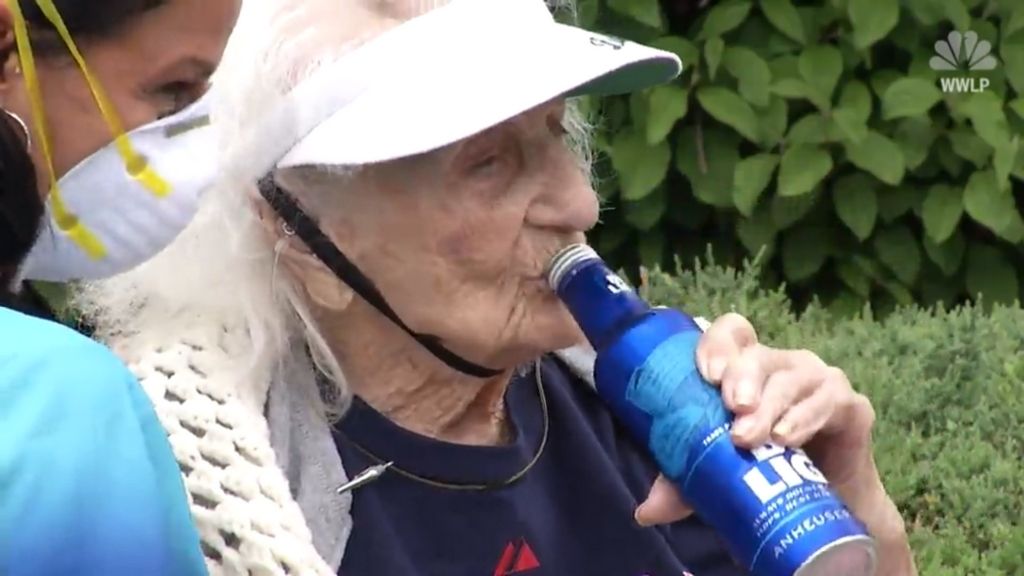 “Feisty” is the way Shelley Gunn describes her 103-year-old grandmother.

That quality shone through earlier this month when the Massachusetts woman’s beloved centenarian grandmother, Jennie Stejna, came back from the brink of death to survive a bout with COVID-19, the disease caused by the coronavirus that has ravaged older Americans.

WATCH as Stejna takes a sip of her Budd's Light beer. (Video courtesy of WWLP)

“She always had that feisty fighting spirit,” Gunn, who recently moved to Easton from Washington state, told The Enterprise of Brockton.

Three weeks ago, Stejna was the first person to test positive for the coronavirus at her nursing home, Life Care Centre of Wilbraham.

The outlook was grim.

As Stejna’s condition worsened, Gunn, her husband, Adam, and 4-year-old daughter, Violet, called to say what they thought were their final goodbyes.

Gunn thanked Stejna for everything she had done for her. When Adam Gunn asked if Stejna was ready to go to heaven, she replied, “Hell, yes.”

But on May 13, Gunn got the news that Stejna had recovered.

To celebrate, Stejna enjoyed an ice-cold beer, something she loved but hadn’t had in a long time, Gunn said.

Her beer of choice? Bud Light.

JN Group donates to NCSC to assist elderly in COVID-19