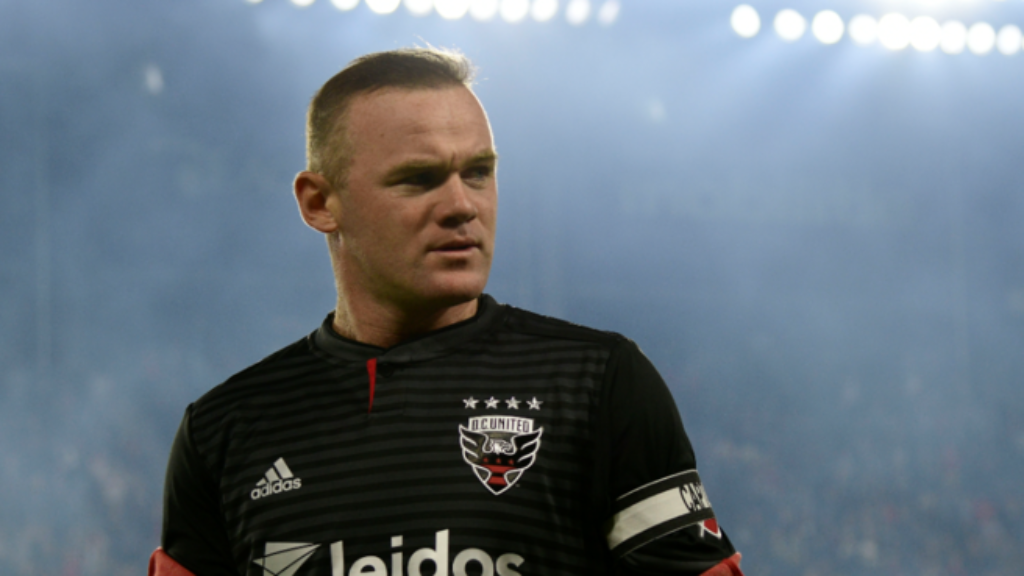 Soccer star Wayne Rooney was arrested last month on a public intoxication charge and taken to jail to sober up after he triggered a door alarm at a Washington-area airport, authorities said Sunday.

Rooney was arrested on December 16 by police at Dulles International Airport in Virginia after he caused the alarm to go off at an international arrivals gate, according to a statement from the Metropolitan Washington Airports Authority. Authorities said he didn't breach airport security.

Rooney, who plays for a Washington football team, had been traveling abroad in the days prior to his arrest, according to his social media posts.

The airport authority said he was charged with misdemeanor public intoxication and taken to a county jail in the Virginia suburbs of the nation's capital "to be held until sober."

The statement didn't include further details on his arrest.

The Loudon County Sheriff's Office said Rooney, 33, was later released on his own recognizance. A mugshot from his booking shows Rooney in what appeared to be an orange jail jumpsuit.

Court documents, which list Rooney as living in the capital suburb of Bethesda, Maryland, show he paid a $25 fine Friday.

Rooney appeared to have been traveling abroad in the days before the arrest. He posted a picture on his verified Instagram account on December 14 in an airplane seat and said he was traveling to an auto race in Saudi Arabia.

Before coming to play in the U.S. this year, Rooney had starred for Manchester United in the English Premier League. His 208 career goals make him the league's second all-time scorer. He was also the all-time leading scorer for England's national team.

When he joined Washington-based D.C. United, he became the latest in a series of European stars to play for U.S.-based Major League Soccer late in their careers. He helped the team reach the playoffs last year.

D.C. United said in a statement that it was aware of news reports of the arrest, but declined further comment.

"We understand the media's interest in this matter but we believe this is a private matter for Wayne that D.C. United will handle internally," the team said.

Rooney arrives at Everton ahead of expected return

Bolt: I could be a Wayne Rooney