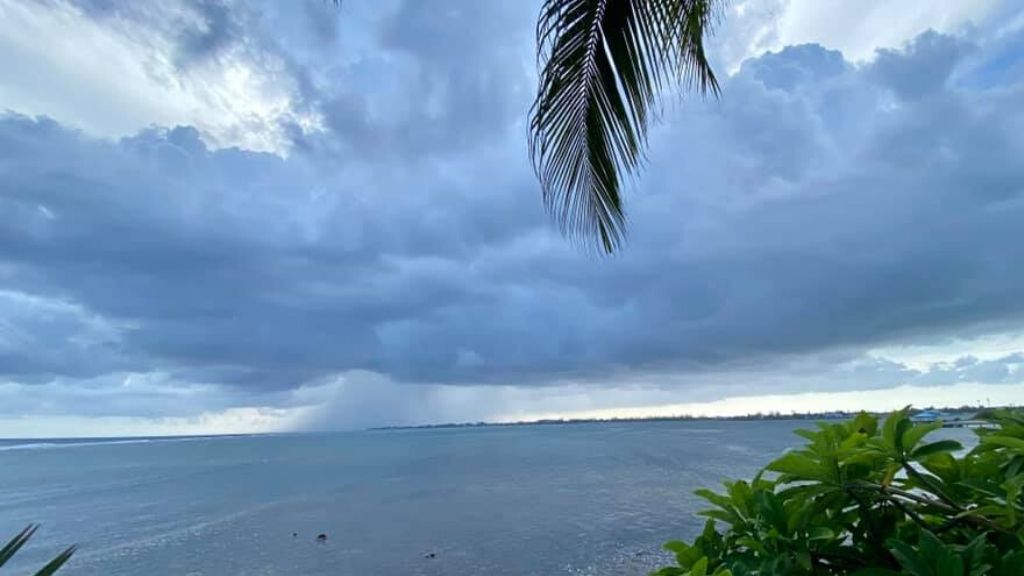 One of the images shared on Facebook group, The Real Women of Cayman; Image source: Julia Plumley

"What on earth was that?" asked an alarmed member on Facebook group, The Real Women of Cayman, after 4 pm yesterday afternoon. "I think we just had a tornado in South Sound!" responded another. These posts were followed with another 65 comments, photos, indications of thunder and even a suggestion that a tree had fallen, but what had actually happened was a watersprout or funnel cloud.

According to the National Weather Service, the funnel cloud was recorded between 3.49 pm and 4.19 pm yesterday (July 6) at Owen Robert's Airport.

A funnel cloud or watersprout is a funnel-shaped cloud of condensed water droplets, associated with a rotating column of wind and extending from the base of a cloud but not reaching the ground or a water surface. It is usually visible as a cone-shaped or needle-like protuberance from the main cloud base. According to Hazard Management Cayman Islands, "Most waterspouts have winds under 65 mph and quickly dissipate. About 25 per cent of hurricanes have tornados in certain quadrants of the storm."

Funnel clouds are not dangerous unless they reach the ground; it is possible that a funnel cloud can become a tornado. If the rotating funnel cloud stretches down and touches the ground, it is called a tornado.

According to Hazard Management Cayman Islands, "waterspouts are sometimes interesting features of convective summer afternoons in the Cayman Islands; the beautiful small funnel clouds are generally more of a visual interest than they are a real threat to life and property, they rarely come ashore- just one more reason Cayman is so unique and amazing! Just don’t drive your boat through one. Stay safe Cayman!"