Germany women: Our country does not know our names 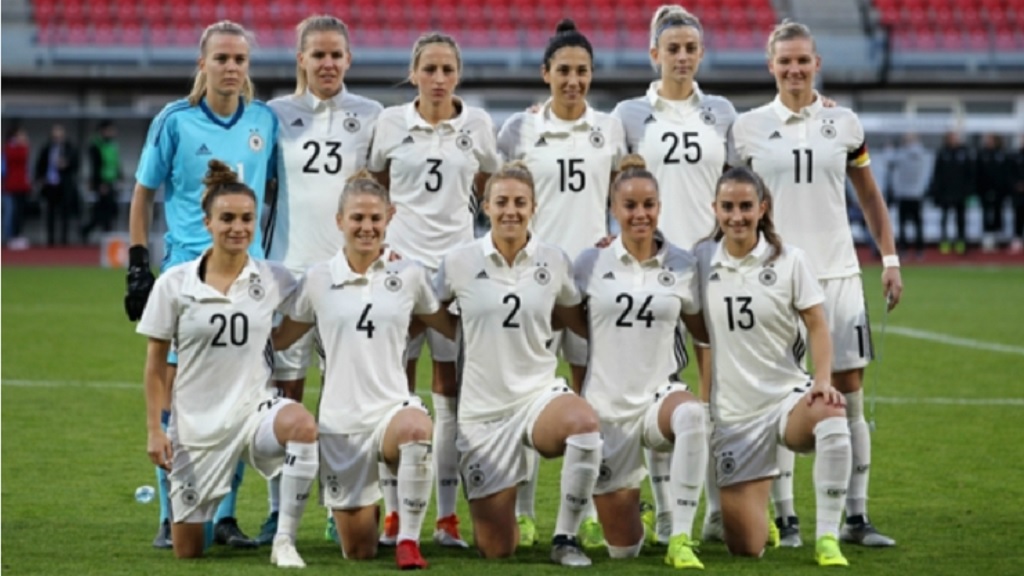 The Germany women's national team has fired a broadside to its own country ahead of the Women's World Cup, saying: "We play for a nation that does not know our names!"

In a commercial for Commerzbank, Germany's players highlighted the relatively low profile they have in public, despite the superstar status of many members of the men's team.

Lyon midfielder Dzsenifer Marozsan appears at the start of the commercial alongside Bayern Munich playmaker Melanie Leupolz and Wolfsburg forward Alexandra Popp, who will all feature in Martina Voss-Tecklenburg's squad at the World Cup in France next month.

In the commercial, which was later shared featuring English subtitles by DW Sports, Popp asks: "Do you know my name?"

A narrator continues: "We play for a nation that does not know our names."

They face China, Spain and South Africa in Group B at the World Cup, with their first game kicking off on June 8.

"It's okay," the advert's narrator continues.

"You do not have to remember our name. Only what we want: to play."

They did it! Reggae Girlz book ticket to World Cup