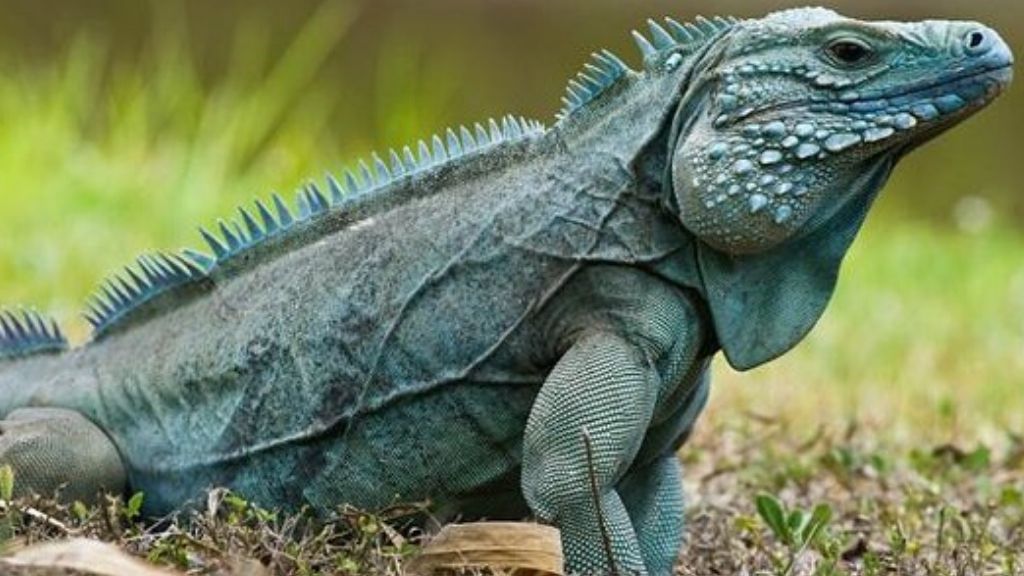 The Blue Iguana Lizard is an endangered species of lizard that is native to Cayman.

It is huge! It can grow up to 5ft in length and weigh over 25 lbs. It reaches full growth at 3 years old and can live up to 69 years with human care, but the typical lifespan in the wild ranges from 25-40 years.

The Blue Iguana Lizard resembles a dragon and its blue tinting becomes more prominent during mating season. The female lays its eggs in June and July, but some lay eggs in September as well. Its diet consists of plants, and fruits-- mangos are a popular source of food.

This species plays an important role in our ecosystem. Because it is herbivorous, it disperses seeds from plants and fruits. When it digests its meal, the seeds pass through the digestive tract intact and the dung acts as a fertilizer to grow the seeds that it has eaten.

It is safe to say the blue iguana plays a major role in maintaining the trees and shrubs on our island.

Due to over-development from the growing human population in Cayman, the Blue Iguana's natural habitat has significantly diminished. Another threat the species faces is attack by animals such as dogs and cats. Blue iguanas have also had issues competing for natural resources against the more aggressive Green Iguana. Each of these threats have been a big contributor in the near extinction of the Blue Iguana Lizard.

In 2003 it was recorded that there were just over a dozen living in their natural wild habitat. It was predicted they would become extinct within a few short years. About a hand full of non- profit agencies are working with The Cayman Islands government to reestablish a more bountiful population of the Blue Iguana Lizard. These agencies have bred and released nearly a thousand back into their natural environment.

Today, with all the efforts of the non-profit agencies to ensure the survival of this species, there are around 750 Blue Iguana Lizards living in the wild. This is a tremendous turn-around from the documented dozen living in the wild in 2004.

The Garden Club of Grand Cayman has a busy 2020