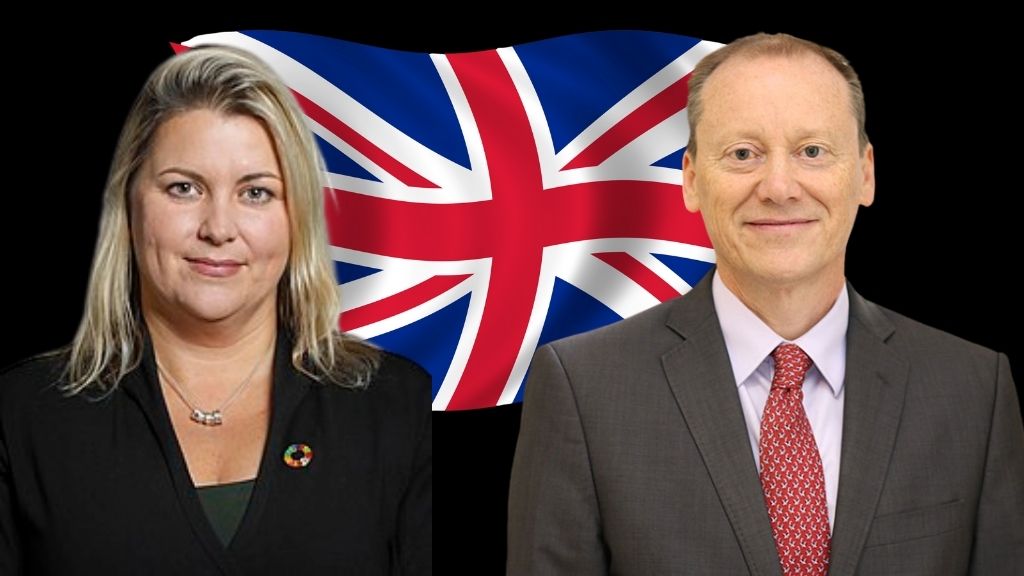 The governor's office has released a scanned copy of the letter that was sent to Cayman Governor, Martyn Roper by Baroness Sugg, the UK Minister for Sustainable Development and the Overseas Territories, with regards to the Domestic Partnership bill and its rejection by the Legislative Assembly.

The Baroness' letter, dated August 5, advises Mr Roper to step in and exercise his powers under section 81 of the Cayman Islands constitution, to have the bill passed.

The governor went on to say that compliance with international law "falls squarely within my responsibilities under section 55(1) (b) of the Constitution". Given that responsibility, he was instructed, on August 5, by Baroness Sugg, in her authority to act on behalf of the UK Secretary of State, to utilise Section 81 of the Cayman Islands Constitution to rectify the situation.

"I call on everyone to treat others with dignity, courtesy and respect. The drawing of parallels with Nazi behaviour or making homophobic remarks are completely unacceptable," said the governor, imploring to Caymanians that "It is important not to lose sight of the discrimination being suffered by many Caymanians and others in our community. This is causing great mental anguish for many. It is my fervent hope that once this legislation enters in to force, the people of Cayman can put this issue behind them and move forward with mutual respect. The Partnerships Bill will end discrimination, maintain the institution of marriage and uphold the rule of law."

The governor has reaffirmed that he will be assenting to the Domestic Partnership Bill at the beginning of September.

A copy of the body of Baroness Sugg's letter is attached below. 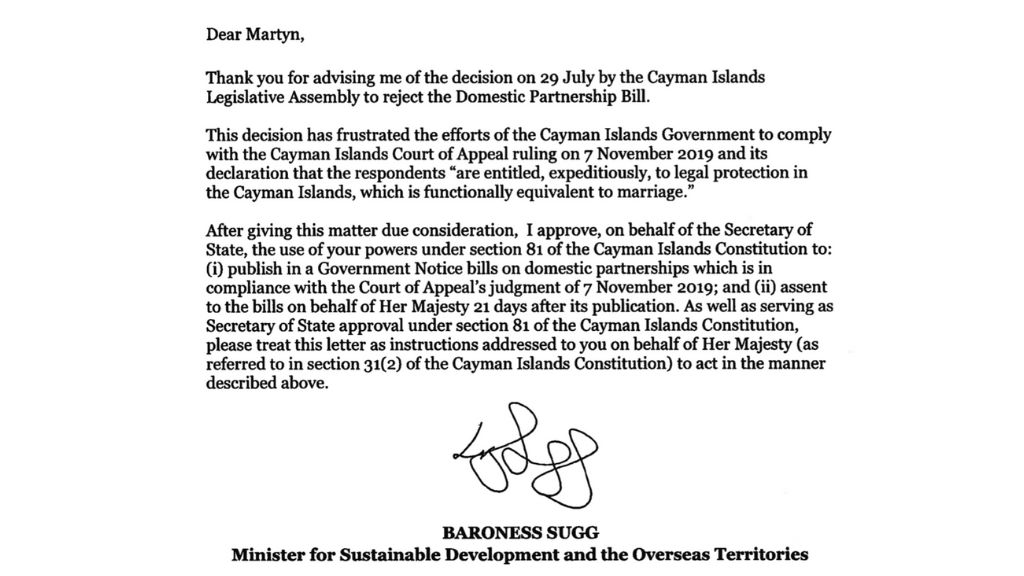