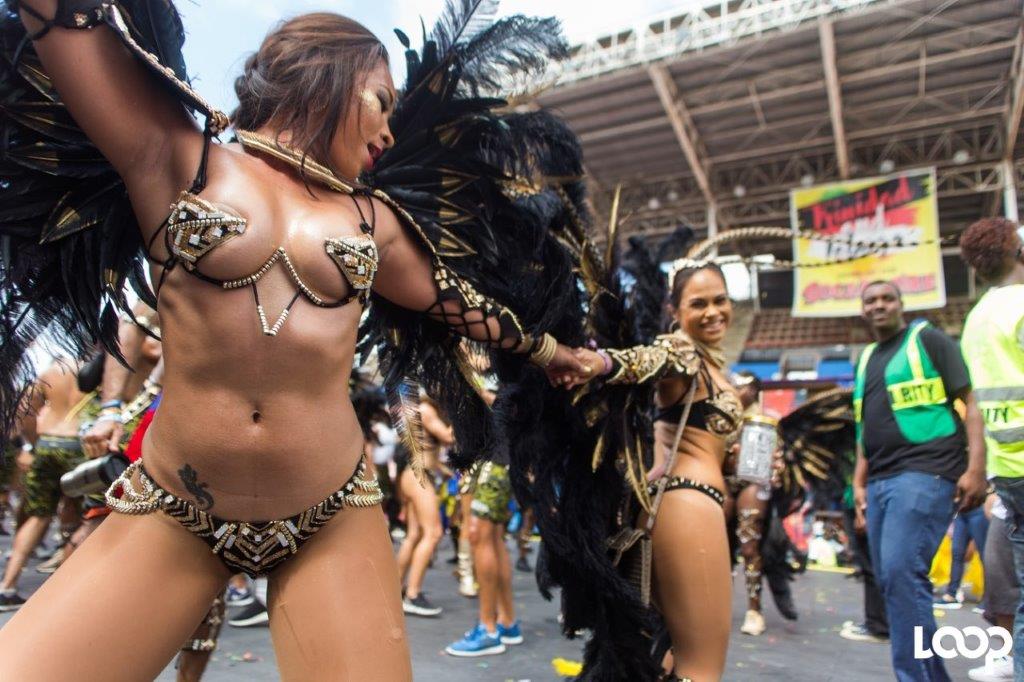 Wire bras, thongs and g-strings were banned in recent guidelines for Grenada's Spicemas. Organisers have since retracted the guidelines. Photo: Bliss masquerader in Port-of-Spain.

Grenada's Spicemas Corporation has retracted guidelines forbidding the use of thongs, g-strings and wire bras in its fancy mas following a social media uproar.

The Board of Directors issued a statement saying they reviewed the rules and regulations and made amendments which now says that there will be no full body paint and zero tolerance for nudity and indecent exposure.

Earlier this week, the Spicemas Corporation issued new guidelines to mas bands as part of the registration package.

The guidelines said that no thongs, c-strings, g-string underwear, full-body paint and wire bras above a D-cup would be permitted along the stipulated route.

The rules were shared on social media platforms with some calling for a cancellation of the annual event.

"Spicemas’ logic behind their dress code restrictions is what pisses me off most. FYM you’re a Christian country?! Ok, so gstrings & wire bras in certain sizes are where you draw the line? Gyrating in a full panty w/ 34D titties in a wire bra is perfectly aligned with your faith?," asked one Twitter user.

"At this rate looks like we’re all going to be singing hymns and reading a chapter each for spicemas," said another.

The outrage forced the Spicemas organisers to retract the guidelines.

In a televised message, Spicemas Corporation CEO Kelvin Jacob said the guidelines were borne out of public outcry over the last two years.

"Understanding that we are living in a Christian society our morals and values must be upheld," he said, noting that the guidelines were included in the registration package for bands that signed off on it.

Mr Killa returning with a Soca Storm to defend title

LISTEN: 7 SpiceMas hits to add to your playlist for Carnival 2018