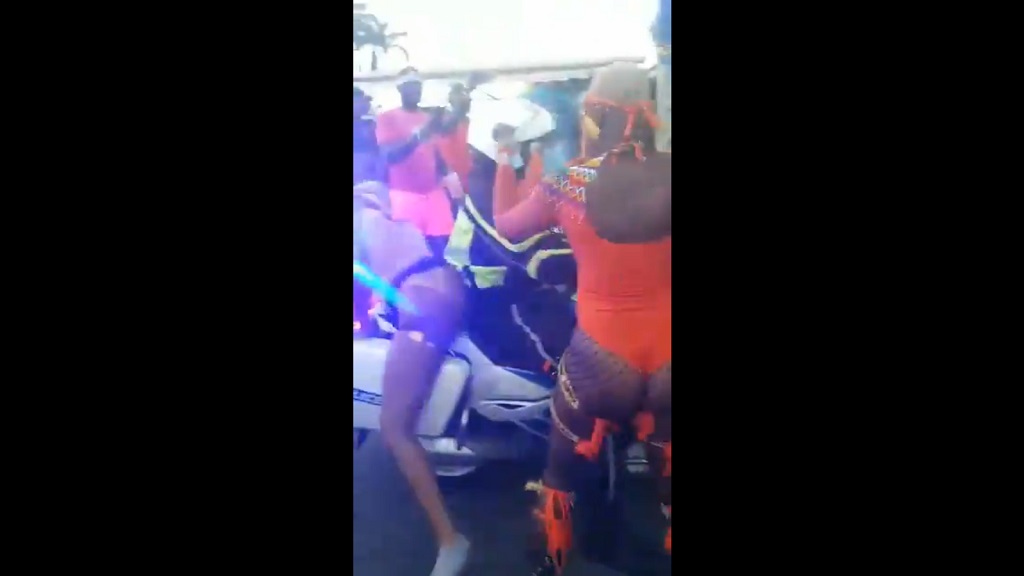 Police Commissioner Gary Griffith said officers should not allow masqueraders to wine on them during Carnival, adding that people have also tried to wine on him but he refused.

Speaking at Thursday’s police briefing at the Trinidad and Tobago Police Service (TTPS) headquarters in Port of Spain, Griffith commented on a viral video of three women wining on a police officer on a motorcycle during Carnival celebrations.

He acknowledged that some people also tried to wine on him but said that behaviour should not be allowed.

“Do not wine on police officers. Many tried; I’m a good-looking guy, many people tried to wine on me. But it is a simple case of you moving away or just touching the person (to say) I’m sorry, you can’t.”

“When I see a police officer on a motorbike having three women wine on him and damaging the motorbike. That police officer condoned that and that is indiscipline and not the type of professionalism I expect from the Trinidad and Tobago Police Service by any officer.”

Griffith also commented on requests by the public for the TTPS to enact the same type of security throughout the year, to which he said it was not practical.

Griffith also said officers were caught escorting private vehicles from a Chaguaramas party without permission, and that they would also be disciplined.

"We were involved in hot pursuit and intercepted vehicles and when we looked at the reports the vehicles they were escorting had a long criminal record."

He said however that this was just a handful out of thousands of officers who gave the force a bad name.

He added that officers who did not report for duty would be questioned: “Each and every police officer who was absent from duty will meet me personally and explain why they abandoned their post, and they would be disciplined.”

Ludacris: Trini Carnival among top 5 experiences in my life