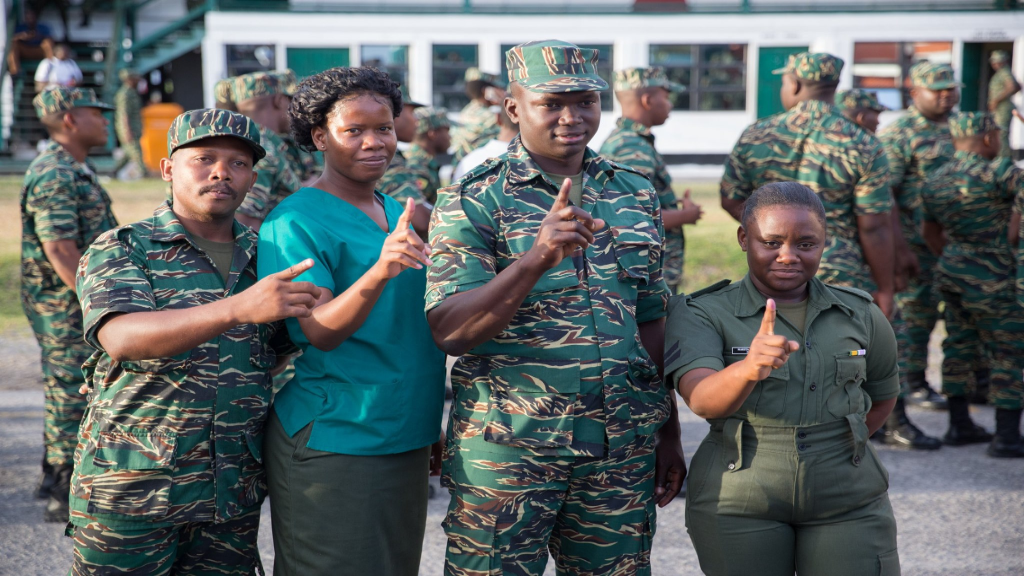 Members of the Guyana Defence Force after they participated in the special voting on Friday. Photo: Department of Public Information Guyana.

Members of Guyana’s Disciplined Forces cast their ballots today to mark the start of special voting.

A total of 10,000 members of the Disciplined Forces are eligible to vote.

They will cast their ballots at 60 polling stations across Guyana the will operate until 6 pm.

She said the process was going smoothly and polling agents were doing their part to ensure the correct people voted.

Incumbent President David Granger, a retired Brigadier, was also present to view the voting in his capacity as a supervisory agent of the A Partnership for National Unity + Alliance For Change (APNU+AFC).

Granger said he was pleased with the voting process.

Foreign observers from the European Union and Organization of American States were also present at the polling station.