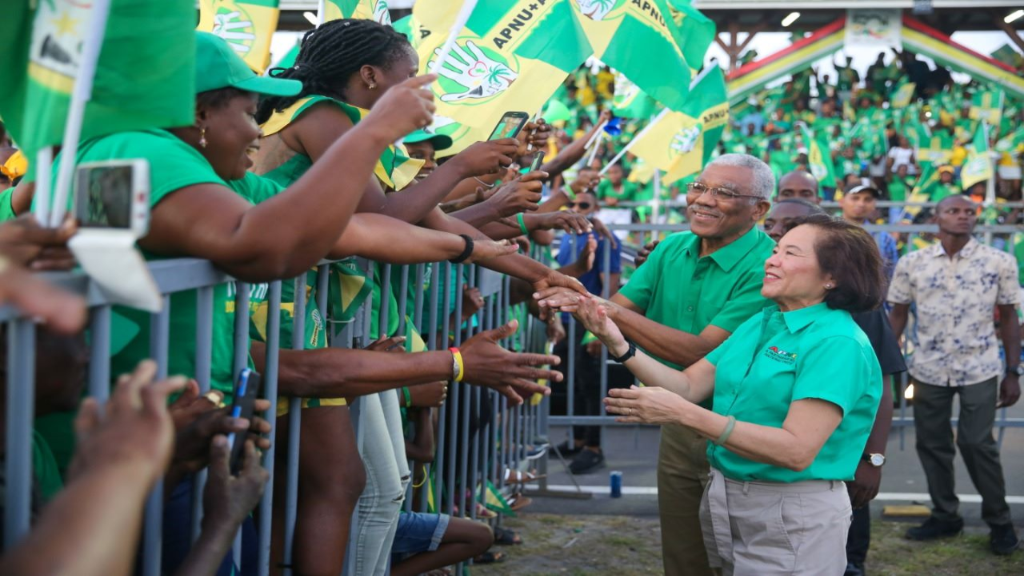 Guyanese are being urged to “vote like a boss” on Monday when they participate in the Regional and General Elections.

The ruling A Partnership for National Unity+Alliance For Change (APNU+AFC) coalition held its final rally at D’Urban Park, Georgetown on Saturday where they entertained supporters to local and international acts such as Soca star Farmer Nappy, whose 2019 hit “Hookin Meh” was their campaign song.

In a last-minute campaign pitch, President David Granger said his main opposition, the People’s Progressive Party/Civic (PPP/C), and its leaders' Presidential candidate Dr Irfaan Ali and former President Bharrat Jagdeo do not have a plan to take Guyana forward.

“Have any of you seen the PPP/C manifesto? This is the first time in the 70 years of the PPP/C that they have gone into an election without a manifesto. The reason is they have nothing to say. Everything I have been saying Irfaan has been repeating.” 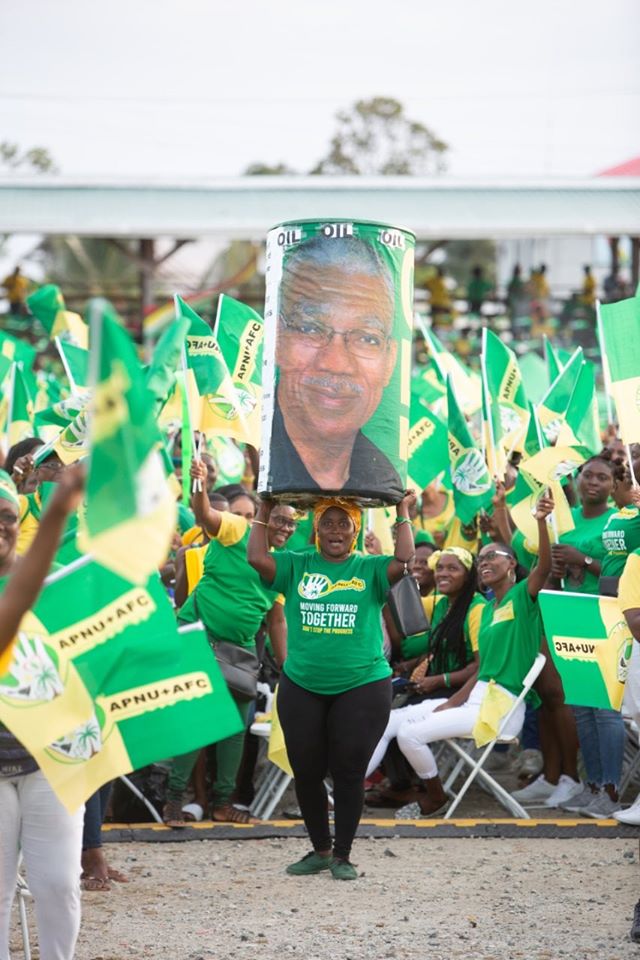 The President accused Ali of copying his plans for Guyana as he highlighted the opposition started advocating for a plantain chip factory after the APNU+AFC revealed the idea.

“I talk about free university, Irfaan talks about free university. I talk about school feeding, Irfaan talks about school feeding. Irfaan is trying to be like me but I don’t want to be like him. So, PPP/C doesn’t need a manifesto because APNU and AFC are doing everything the PPP/C would have wanted to do had they got into power.”

Granger stated that Ali is just a proxy for Jagdeo, who is barred from the Presidential race due to term limits.

The President reiterated his ten-year plan that will ensure Guyanese have “the good life” that includes access to education, health and business opportunities.

“Elections in thirty-six hours from now will be about leadership,” Granger said as he noted the election will be a two-horse race between himself and Ali.

CARICOM Observers arrive in Guyana ahead of elections