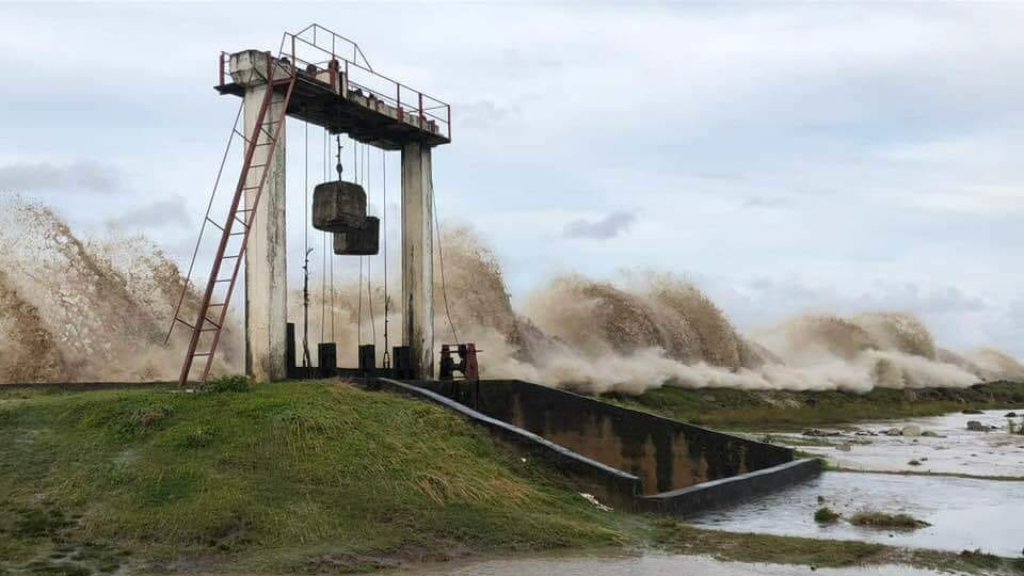 Parts of Guyana have been affected by flooding due to spring tides and hazardous seas.

According to reports from Starbroek News, flooding took place in coastal areas such as Mahaicony and water was seen over-topping the Georgetown seawall.

Spring tides were reported in September but on October 26 residents from Dantzig to Fairfield were reportedly affected.

Officials gave out relief hampers in an effort to help them.

According to research by Climate Central, millions more people will be at risk of coastal flooding from climate-driven sea-level rise later this century.

The US-based, non-profit organisation said that 190 million people will be living in areas that are projected to be below high-tide lines come 2100.

The group calculated roughly 110 million are presently occupying these lands, protected by walls, levees, and other coastal defences.

Countries with low-lying areas and Small Island Developing States (SIDS) are at risk of coastal erosion and other natural disasters.

Watch: Flooding reported across Trinidad due to heavy rainfall