Guyana's oil finds: Will the country go boom or bust? 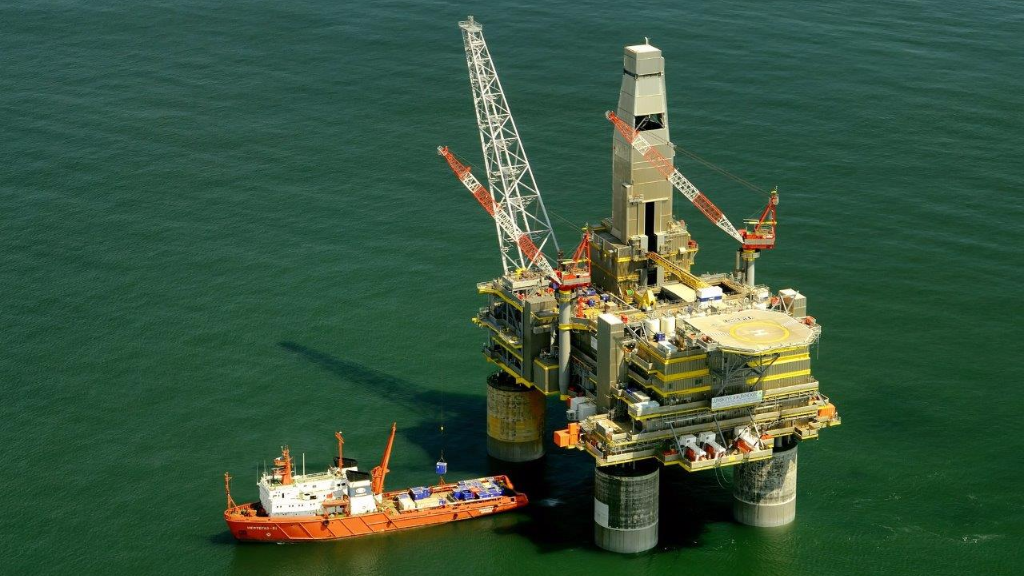 (The Conversation is an independent and nonprofit source of news, analysis and commentary from academic experts.)

Today, Guyana is one of South America’s poorest countries, with an average per capita annual income of around US$4,000.

But within the decade, it could be among the richest. In 2015, ExxonMobil and its international partners discovered vast oil reserves off the Caribbean coast of this small country. By 2018, five new wells will be pumping out 120,000 barrels of Guyanese crude daily.

Deep-water surveys estimate Guyana’s oil reserves at around 2 billion barrels. That pales in comparison to neighboring Venezuela but surpasses the reserves of Trinidad and Tobago, long the Caribbean’s biggest oil producer.

In short, Guyana is on the verge of unprecedented wealth – but only if it plays its cards right. As I’ve seen during two decades of research into Caribbean oil and gas development, natural resources can easily become a curse.

Is Guyana prepared for the good and the bad of the oil bonanza to come?

Given its marine reserves, by the mid-2020s Guyanese oil production offshore could rise to 400,000 barrels a day. Once production starts next year, Guyana will receive a 2 percent royalty on gross earnings and 50 percent of oil proceeds.

While that’s a fairly low royalty by international standards, it will make Guyana rich. At the current market price of around $50 per barrel, this country of 750,000 people can expect to net $1 million a day in oil earnings.

Since full monetization of Guyana’s oil and gas resources will occur in five to 15 years, the country has less than a decade to deal with numerous energy-related hurdles, including unresolved territorial issues with Venezuela, environmental protection, wealth management and social concerns.

The government’s top priority is to resolve a border controversy dating back to Guyana’s days as a British colony. For 200 years, Venezuela has claimed sovereignty over two-thirds of Guyana’s territory, including its exclusive economic zone.

This controversy – which hinges on a disagreement over the U.N. Convention on the Law of the Sea – is unlikely to scare off international oil companies. Venezuela could muck things up a bit for Guyana, though, by increasing Navy patrols in Venezuela’s exclusive economic zone, which abuts Guyana’s disputed maritime area, deterring oil vessels and intercepting commercial ships.

Hoping to avoid such confrontations, Guyana is now pursuing a judicial settlement at the U.N. If the countries fail to settle, the case will go to the International Court of Justice in The Hague.

Inadequate infrastructure is another constraint to growth. Guyana now has an ambitious $164 million plan to upgrade its road networks, bridges, ports, telecommunications and river transport system. But to get Guyana’s crude to international markets, some of this construction must be done by 2018 – a tall order for a small nation.

As oil production expands, protecting the marine environment will become an urgent issue for the entire Caribbean region.

In April, three Venezuelan doctors transporting medical supplies from Trinidad to Venezuela drowned when their boat overturned in an oil slick. A barge belonging to Trinidad and Tobago’s national oil company had ruptured, discharging 300 million barrels of crude into the sea just seven miles from Venezuela.

Most recently, in October, a fisherman discovered an unreported “massive” spill off of Trinidad’s northwest coast. A video posted to Facebook shows black waters near Chaguaramas, the site of a major national park. The source of the spill remains unknown.

Such catastrophes are commonplace around Trinidad, which for 110 years has been the Caribbean’s major oil producer.

They should serve as a warning for Guyana. Maritime crude drilling goes hand in hand with leaky pipelines, ruptured barges and rig malfunctions. In my experience, spills rarely result in sanctions for oil and gas producers.

According to a June 2017 report from Guyana’s Environmental Protection Agency, the country’s forests and ecosystems are, today, almost untouched. To keep Guyana pristine even as the oil and gas sector grows, proper environmental management systems are critical.

Avoiding the resource curseRevenue management is another big question mark right now. From Iran to Nigeria, worldwide experience confirms that social conflict and economic instability result when income from drilling, mining and the like is unequally distributed.

This is called the “resource curse,” and Guyana must move quickly to avoid it. Recent opinion polls show that the Guyanese public has little faith in the leadership ability of both the government and the opposition.

The Guyanese government seems to be aware of these financial management risks. On Oct. 26, Guyana became the latest member of the Extractive Industries Transparency Initiative, an international watchdog that partners with organizations like the World Bank and the International Monetary Fund.

A critical next step would be to establish a sovereign wealth fund, following the good examples of Trinidad and Norway. This type of national savings account ensures that oil revenues are invested and spent in a way that transcends political cycles and generations.

There is good reason for concern about Guyana’s future as an oil power. Though the country has enjoyed relative political stability over the past decade, its society is fractious. Politics in Guyana – whose population is 29 percent Afro-Guyanese and 40 percent Indo-Guyanese – divide along racial lines, with the two main ethnic groups competing over money and power.

Challenges aside, Guyana also has some solid foundations for economic development. Its well-educated population and open, market-driven financial climate make it an attractive destination for American, Chinese, Mexican and Brazilian companies, among others.

The odds of a success are aided by Trinidad and Tobago, which has been providing technical assistance to Guyana since 2016. In addition to helping its neighbor develop its energy and gas expertise, Trinidad hopes its own refinery will soon begin processing Guyanese crude.

One way or another, oil riches will transform Guyana. With sound economic policy and thoughtful leadership, it can be for the better.

(This article was originally published on The Conversation.)