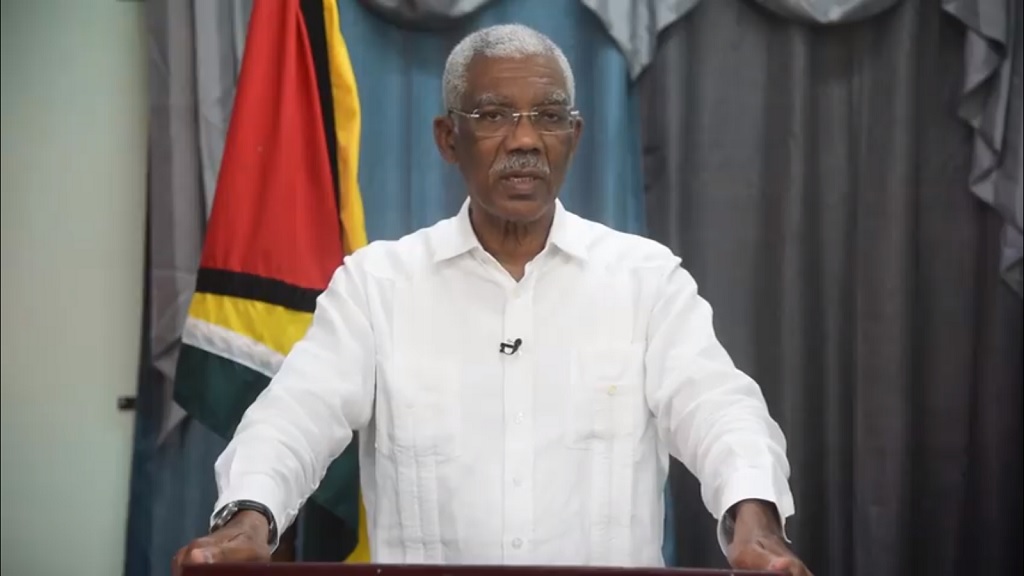 Guyanese President David Granger has assured citizens that the Guyanese government will call for a general election after the Caribbean Court of Justice (CCJ) upheld that a vote of no confidence against his government is valid.

In a public address on June 18 following the ruling, Granger said that first the electoral register must be updated, saying the current list of voters is ‘corrupt and outdated’.

“We cannot proceed on the current list of voters, it is outdated and corrupted. It may hold as many as 200,000 incorrect entries.

“It is a democratic imperative that house-to-house registration be completed swiftly so we can have elections at the earliest opportunity.

“We will be heading to the polls and there will be a crucial choice…to decide the future of our country,” he said.

He said the Guyana Elections Commission indicated that elections would be held in November 2019 after the registration is completed, and he is awaiting a specific date, following which he will issue a proclamation.

He said also urged Guyanese citizens to continue to support his coalition government.

“Since my election in 2015 (Guyana) has been moving in the right direction after 20 years of stagnation. Significant progress has been made but real change is neither quick nor easy to come by.

“When the election comes I urge all people…to support me and the (APNU+AFC) coalition,” he said.

On June 18, 2019, the CCJ ruled that a motion of no confidence filed against Granger’s administration was valid.

Guyana’s Constitution states that the Cabinet, including the President, is required to resign if the Government is defeated by the majority vote of all the elected members of the National Assembly “on a vote of confidence”.

In December 2018, the Leader of the Opposition moved “a motion of no confidence” in the Government.

Charandas Persaud, a member of the Government, had joined the 32 Opposition members in voting for the motion so that 33 members voted in favour of the motion and 32 voted against.

The CCJ said that Guyana’s Constitution required that elections to be held within three months of the defeat of the Government on a motion of confidence, unless two-thirds of the National Assembly determined a longer period before the holding of elections.

However, despite the Speaker of the Assembly declaring that the motion had been validly passed, the Government neither resigned nor announced impending elections.

This triggered a number of legal challenges in the courts in Guyana, which ultimately led to two days of hearings at the CCJ in May 2019.

Questions were also raised regarding Guyanese back-bencher Charrandass Persaud's eligibility to vote in light of his dual citizenship.

However, Justice Rajnauth-Lee in her judgment stated that “there was nothing which prevented Mr Persaud from voting in favour of the no confidence motion” and she urged all to bear in mind that the rule of law was an important guiding constitutional principle of a sovereign democratic state like Guyana.

The CCJ said it will hear further arguments from the parties on the consequences that should flow from the validity of the motion of no confidence.

The full judgment of the Court, along with a judgment summary, is available on the Court’s website at www.ccj.org.

US chastises Guyana for honouring suspect in terror plot