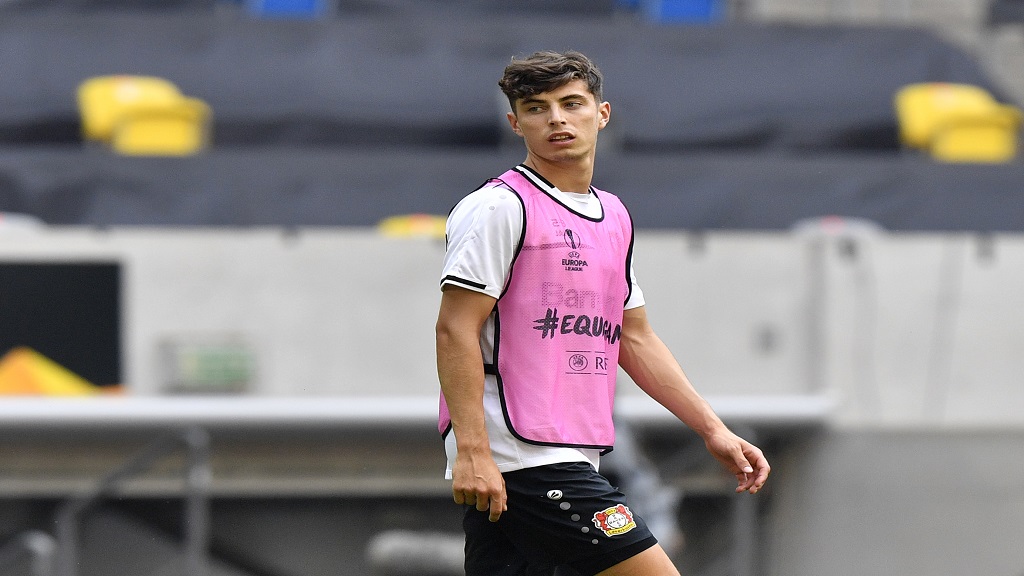 Kai Havertz left the Germany camp in Stuttgart on Friday to complete his expected move to Chelsea, the German Football Association (DFB) has confirmed.

Bayer Leverkusen forward Havertz will reportedly undergo a medical at Chelsea ahead of signing for what is expected to be an initial club-record fee of £72million (€80m), surpassing the outlay on Kepa Arrizabalaga.

Havertz's arrival would take Chelsea's spending on reinforcements for the 2020-21 season to over £200m, with Hakim Ziyech, Timo Werner and Ben Chilwell having been secured ahead of the free transfers of Malang Sarr and Thiago Silva.

The director of Germany's national teams and academy Oliver Bierhoff said: "The future belongs to Kai – at club level and in the national team.

"Of course we would have preferred if he could have fully concentrated on the national team at the start of the new international season, but we are aware of the importance for Bayer Leverkusen and Kai and want to deal with it responsibly.

"At the same time, it is an honour and recognition for German football when young German players are in demand at top international clubs.

"The experience these players collect abroad – both in sporting and personal terms – can benefit the national team.

"We were in contact with [Leverkusen managing director] Rudi Voller in order to find a good solution."

Havertz, 21, was an unused substitute in Germany's 1-1 draw with Spain in the Nations League on Thursday. They are due to face Switzerland on Sunday.

Since the start of 2018-19, he has scored 38 goals and supplied 15 assists in all competitions for Leverkusen.

Voller said in a statement: "I exchanged ideas with Oliver Bierhoff and Joachim Low over the past few days.

"The DFB understood the situation of the player and also us as a club. We are grateful to the national team coach and that Kai can now sort things out with our support on site in London."

Rumour Has It: Havertz still pushing for Chelsea move