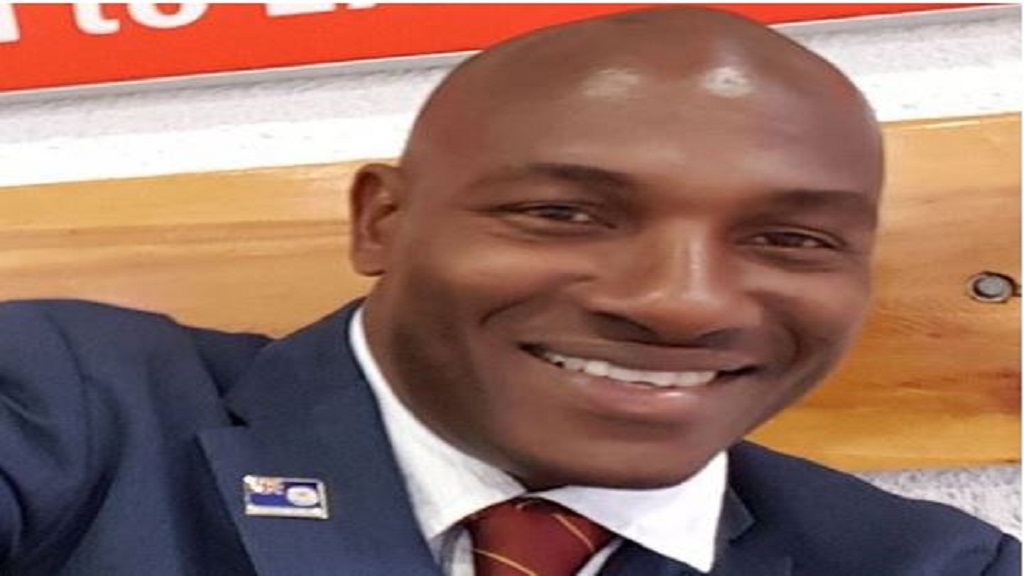 Tributes have poured in for much-loved former Cayman Islands police officer, Emmanuel Brown - who was laid to rest on September 7.

Manny, as he was affectionately known, was the father of three beautiful children and one of the most popular and respected members of the force.

He first joined the RCIPS in February 1996 and by age 48, he had spent 22 years in the service. In February 2018, he decided to retire in pursuit of his dream of becoming an entrepreneur, having spent his career in several departments of the police service - the former Drugs Task Force, now known as the Crime Task Force; the former Uniform Support Group, now known as the Firearms Response Unit, the Burglary Squad; and several other uniform shifts across all three islands.

Not only was he a dedicated and selfless policeman, Manny was also a talented footballer who represented the Cayman Islands on a number of occasions. He could always be depended upon to assist the police in Government League Football and he represented the service in the World Law Enforcement Football Championship held in Holland in 2016.

He even became an official referee for the league.

Friends have remembered him as "the light at the end of the tunnel for most who worked with him", because of his "infectious smile" and eternal optimism, and say he was the happiest they’ve ever seen him was when he moved on from policing and decided to launch his Jungle Float business.

Sadly, Manny passed away on August 12 and his heartbroken family, friends, former colleagues and the many who had been touched by him throughout his life gathered at the Agape Family Worship Centre on September 7 to say a final farewell.

He was later laid to rest at the Pease Bay Cemetery in Bodden Town.

Paying tribute, Inspector Damenian Maxwell said: “I never imagined I would be writing a tribute for my best friend, there was no time to say goodbye. Manny was such an all-round strong person, from sincere character, one of a kind personality, presence, to absolute love for his children. Manny had an enormous capacity and courage to live. There must be so many people who have been touched by his kindness and spirit.

"He will always be with me, and what I will remember most is his big smile, accompanied by his goofy laugh. Since the loss of my dear friend, I have learnt to live for each day and take it as a blessing, knowing it may not always be this way. If I had known then what I know now, I would have spent more time with you. Sleep in peace Big Brother.”

Senior Police Constable, Clay Coleman added: “I have really had some good luck when it comes to friends. I don’t know how many people can say that they have known their best friend since they were 10 years old. From the first day I met Emmanuel in Primary School, I knew we would be friends for life. He and I were so similar in character and what was weird was that we both had the same love for sports. We persevered through ugly high school girlfriends, bad haircuts, a car accident with a hilarious story behind it, and so many more. And after I became a police officer, several years later, with some pushing and prodding, I was finally able to convince Manny to join the RCIPS as well.

"This is where we were able to become men, leaders and examples for the younger persons in our communities. We shared many losses, but our bond as friends only got stronger. Rest in peace old friend.”

Inspector Wendy Parchment, of the Custody Department wrote: “The sunset has captured your picturesque smile, your thunderous laughter can be heard above the sky, your moonlight personality brought calm to my troubled heart. Your gentle spirit now asleep amongst the stars, your chemistry of friendship taught me to appreciate who I am.

"Self-preservation was your moto; your favourite topic was the love for our children and the things they did that amused us the most. Your fishing trips alone late at night were your delight. I would lay awake until you confirmed you were safe ashore. Now as I close my eyes from the blinding tears and reminisce of the happier moments on our shift, the rhythmic sounds of your voice can be heard once more echoing within my broken heart. Always and forever, your friend.”