Here's a great reason to smile today - if you're quick! 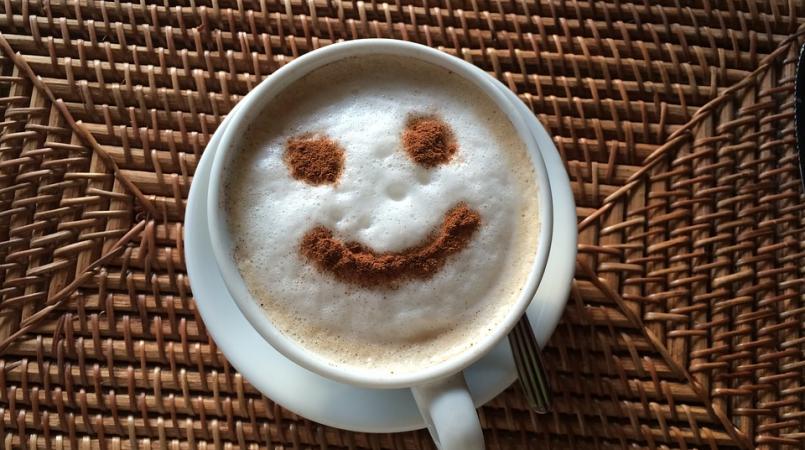 There'll be no Monday blues in Cayman next week as Appleby are giving away FREE coffee!

After the success of last year’s campaign, Appleby has partnered with local coffee shops in six locations - including Cayman - to offer local residents a free coffee on Blue Monday, January 20.

The third Monday in January is known as ‘Blue Monday: the gloomiest day of the year’, following the Christmas and New Year celebratory period. This year, Blue Monday falls on January 20.

The #ThanksAppleby campaign, which was hugely successful last year, will highlight the importance of creating and maintaining connections in a frenetic world, by encouraging the community to take time out of their day to grab a coffee with someone to chat or reconnect.

Appleby are coordinating this campaign in The Cayman Islands, The British Virgin Islands, Hong Kong, Guernsey, the Isle of Man and Jersey.

The campaign works as follows:

1. Approach the coffee shop on Blue Monday (January 20) with someone who you would like to enjoy a coffee with.
2. Say #ThanksAppleby to receive your free coffee.
3. Take a photo of you having your complimentary coffee on social media with the hashtag: #ThanksAppleby.

Lynne Capie, Global Head of Business Development and Communications at Appleby said: “This campaign was designed to create some goodwill within our communities, reinforcing the importance of taking time out and encouraging people to connect. We are running this campaign in six of the jurisdictions in which we are based”.

To take part in this campaign, please visit one of the coffee shops listed below:

But take note: The offer is only available for the first 100 customers who engage in the campaign, for medium drinks only and is limited to one coffee per person.