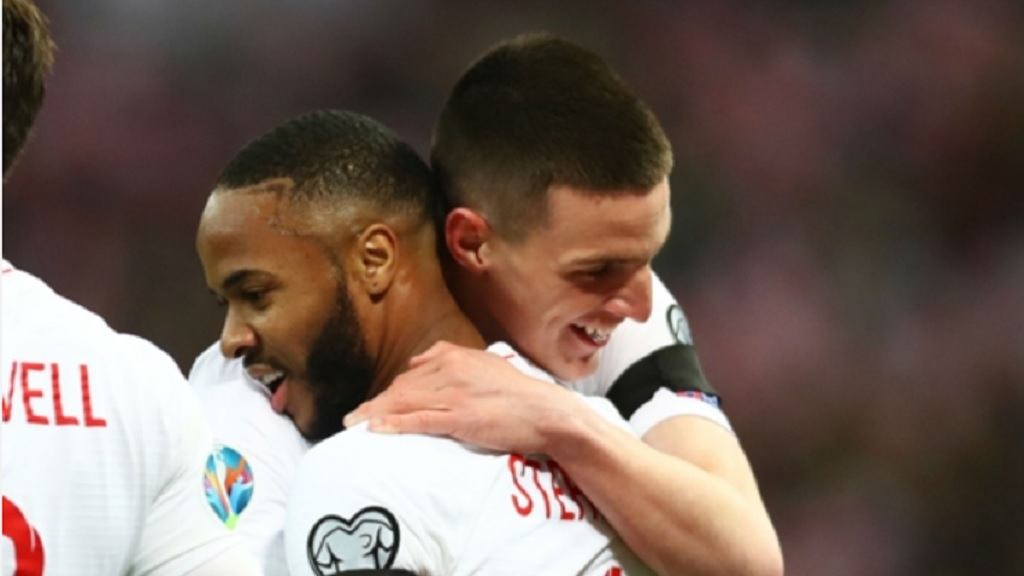 Declan Rice has claimed Raheem Sterling is "impossible to stop" after teaming up with him on international duty for England.

Rice's superb form for West Ham this season earned him a call-up to the Three Lions squad – after switching allegiance from the Republic of Ireland.

He made his debut for Gareth Southgate's side in Friday's Euro 2020 qualifier against the Czech Republic as a substitute before starting the win over Montenegro three days later.

Sterling scored four goals across those two games – including a hat-trick against the Czechs – and Rice says it came as little surprise.

When asked who the best player in training was, Rice told the Daily Mail: "I'd have to say Sterling. What he does with the ball is frightening.

"In the small-sided games, five-a-sides, if you've got him on your team you've won before you've even started! He's impossible to stop.

"He's in the leadership group now. All the lads love him. He's like Harry [Kane], always giving advice and trying to help where he can with the younger players in his position.

"I see him talking a lot with Jadon Sancho and Callum Hudson-Odoi. For them to learn off him, that's special."

Earlier this week, Rice's club boss Manuel Pellegrini suggested that if a Premier League rival offers a "good deal" then West Ham would be prepared to sell him.

Rice, though, insists he has no plans to leave the club just yet and is "loving every minute of it".

"Growing up as a kid, when you become a professional footballer, you want to play at the highest level," he explained.

"It's normal to like people saying nice things about you but I'm really happy playing at West Ham under the manager. I've got a special connection with the fans as well. I'm loving every minute of it."