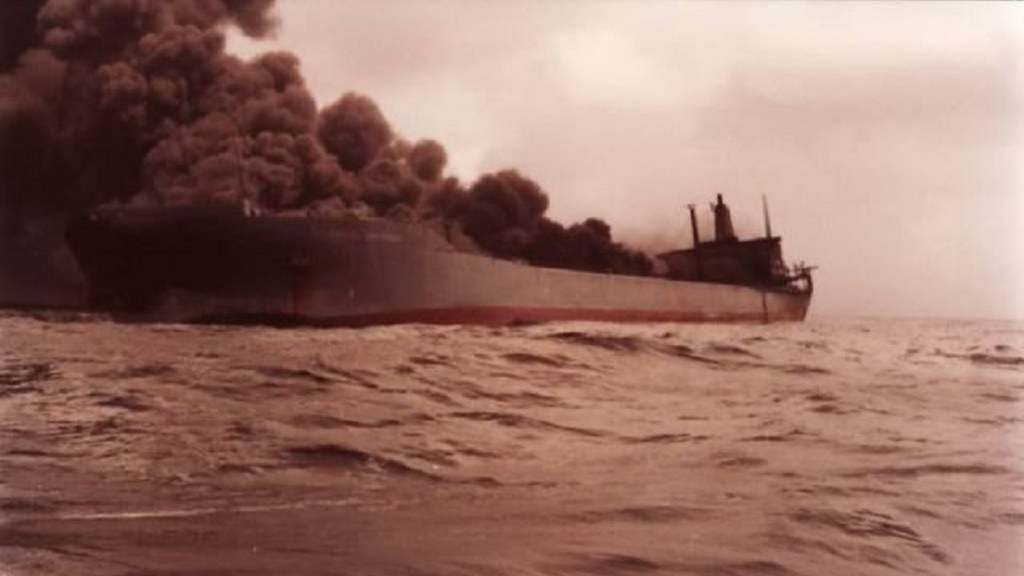 Not many are aware that one of the world’s largest oil spills took place just a few miles away from Tobago in 1979.

The spill, which took place on July 19, 1979, is listed as the world’s fifth largest oil spill and the largest ship-based oil spill in the world.

According to French anti-marine pollution agency CEDRE, two oil tankers, the SS Atlantic Empress and the Aegean Captain, crossed paths on that fateful night of July 19 when the inconceivable happened.

Records show that conditions had been rainy and foggy when the ships collided around 7:00 pm – The Atlantic Empress was sailing from Saudi Arabia to Beaumont, Texas, with 276,000 tonnes of light crude oil owned by Mobil, while the Aegean was en route to Singapore from Aruba with 200,000 tonnes of crude oil.

Reports said firefighters from the Trinidad and Tobago Coast Guard brought the fires aboard the Captain under control the next day, and members of her crew returned to the ship and were able to bring her into Curaçao, where her cargo was off-loaded.

Meanwhile, a five-man specialist emergency crew from the Dutch Salvage organization Smit International tried to quell the fire in the Atlantic Empress and contain the spreading oil slick.

The tanker was pulled further out to sea in an effort to prevent damage to neighbouring coastlines. 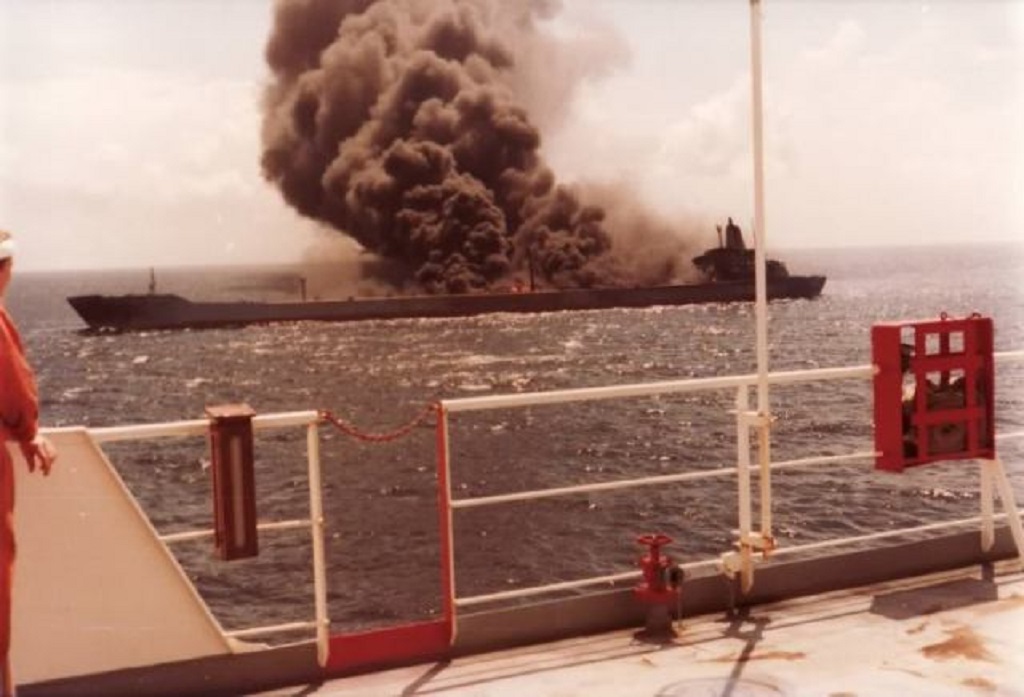 Fiery explosions in the Caribbean Sea

Five days later the spill continued and conditions worsened when an explosion took place on July 23, 1979, which increased the rate of flow.

The next day another larger explosion increased the rate to 7,000-15,000 gallons an hour, twice the previous rate.

Finally, on 3 August, the Empress sank, having spilled 287,000 metric tonnes of crude oil into the Caribbean Sea.

The Aegean Captain was towed toward Trinidad and then Curacao however minimum spillage was recorded which was sprayed with dispersants.

The spill was recorded as the largest ship-based spill in history, however at the time, minimum damage was reported to neighbouring islands, including Tobago.

Cedre said there were no studies done regarding the environmental impact of this spill, and no one will ever know what was burned and what was dispersed by the sea.

Just a month earlier, the fateful Ixtoc I disaster took place, in which almost 500,000 tonnes of oil was spilled as a result of a blowout.

By comparison the 2010 Deepwater Horizon oil spill dispersed approximately 585,000 tonnes (five million barrels) of oil, a natural disaster with impacts which are still being seen today.

The largest spill in history is thought to be that of the Kuwaiti Oil Fires which took place during the Gulf War, after retreating Iraqi forces set fire to over 650 oil wells and damaged almost 75 more.

An estimated one to 1.5 billion barrels of oil were released into the environment. After most burned, 25 to 40 million barrels ended up spread across the desert and 11 million barrels in the Persian Gulf, according to a 2012 paper published in Remote Sensing of Environment.