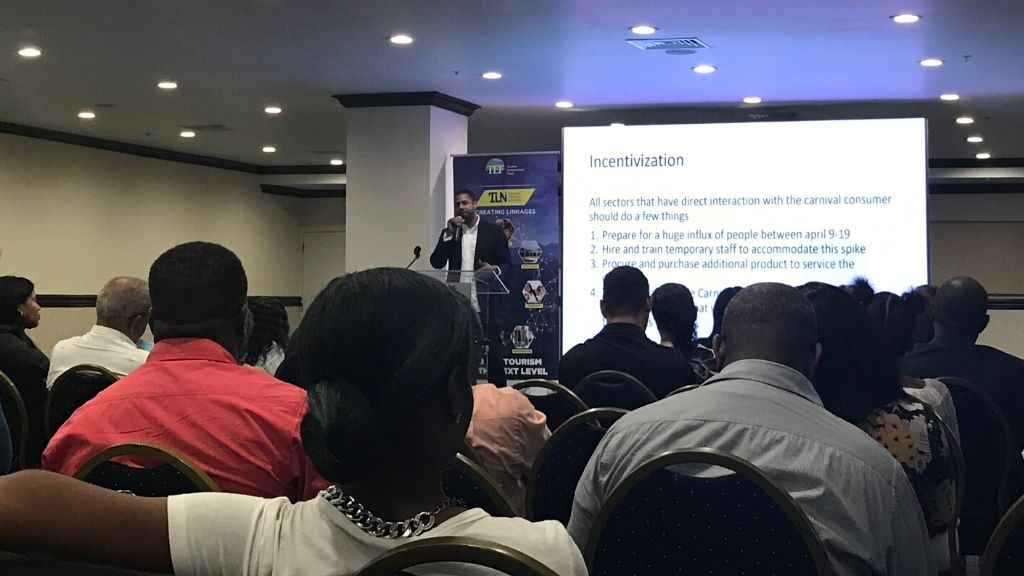 Kamal Bankay, head of the ministry's Sports and Entertainment Network, concludes his delivery.

That was the question on the lips of several local entrepreneurs in attendance at the recent Carnival In Jamaica National Stakeholders meeting.

Against the backdrop of Reggae Month activities that took place at the Emancipation Park last evening, the people behind the scenes convened to discuss issues concerning the impending 2020 Road March season.

The long-overdue discussion took place at the Talk of the Town at the Jamaica Pegasus hotel in Kingston, and with much debate. 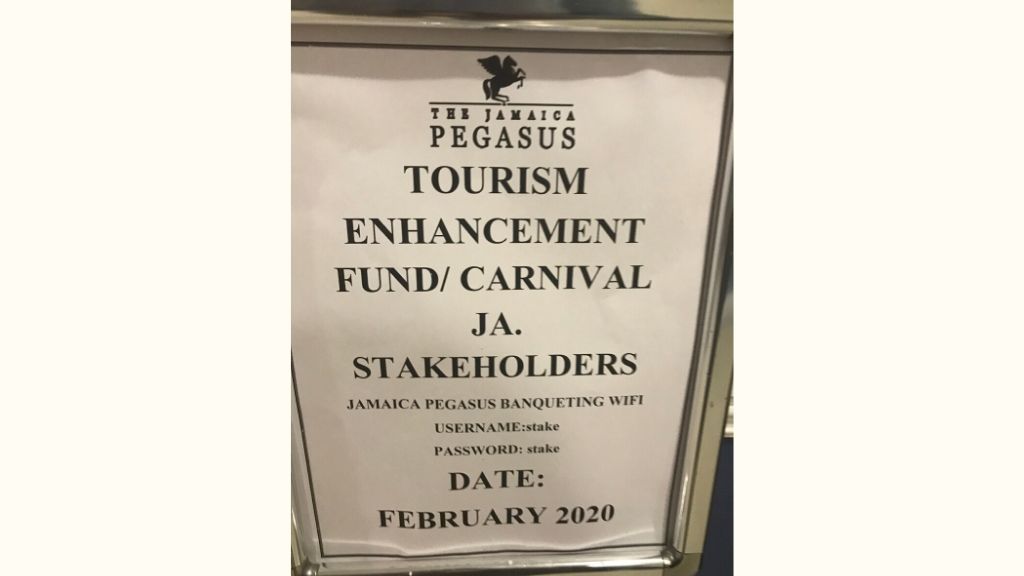 From business people preparing for an influx of tourists to Jamaica from April 9-19, to the hiring and training staff to accommodate this spike, there was much to be discussed.

These conversations allowed for the expression of a number of concerns, primarily surrounding a unified front with Carnival events locally.

Buzz phrases from the discussions included “fastest-growing Carnival brand in the region” … the Carnival cash cow…  and “our standards for Carnival in Jamaica are much higher than those in Trinidad.”

Andrew Bellamy, who, like many other bandleaders, has major stakes in the initiative, was privy to much of the topics discussed.

Bellamy believes carnival in Jamaica is growing “exponentially” and the synergy among bands is quite positive.

“We’re discussing plans to save costs by working together and to see how we can make the spectacle of Carnival and the Road March experience more attractive to the spectators,” he told Loop News.

Some posit that Carnival Day Road March is as much an event for spectators as it is for the revellers.

According to Bellamy, the tight-knit conglomerate is eyeing the introduction of a Rio-type carnival scene where feterans go to an arena to see the varying band presentations – an arena such as the National Stadium, for example.

With the direction of band launches moving to that vision as well as events like I Love Soca already presenting in that manner, the ‘one band, one famalay’ idea is not off-brand.

This massive production, of course, would require more than just a meeting of minds, however.

Where would this Rio-style fête be held?

Is there such a space that can house the thousands of Jamaicans and tourists who typically go chippin’ down de road?

Points too were raised on the mention of importing costumes – some materials for which come from China – considering the recent Coronavirus scare.

Bacchanal Jamaica director Charmaine Franklin, regarded as an authority on Carnival, is confident China’s Coronavirus is no cause for concern.

“We will be taking precautions to ensure the costumes are quarantined and properly vetted. We won’t just take them up [the costumes] and hand them to you.”

“Carnival in Jamaica is a quality product and the big players in it, know what they’re doing.”

Evelyn ‘Mumma Carnival’ Forbes, the promoter of Ghetto Carnival, believes there’s no unity and the support from “those who can” is lacking.

“We get less support and less people look at us, and we’re not even competing… ’cause my people not going to their events, and their people not coming to mine.”

Forbes maintained that Bacchanal Jamaica and Coldfield Manufacturing continue to be her biggest supporters.

So naturally, she was intrigued to learn how merging Carnival in Jamaica would benefit her growing Ghetto Carnival.

Tourism Ministry to spend more on marketing Carnival in Jamaica