Howell: 'Posting your ballot to social media not illegal' 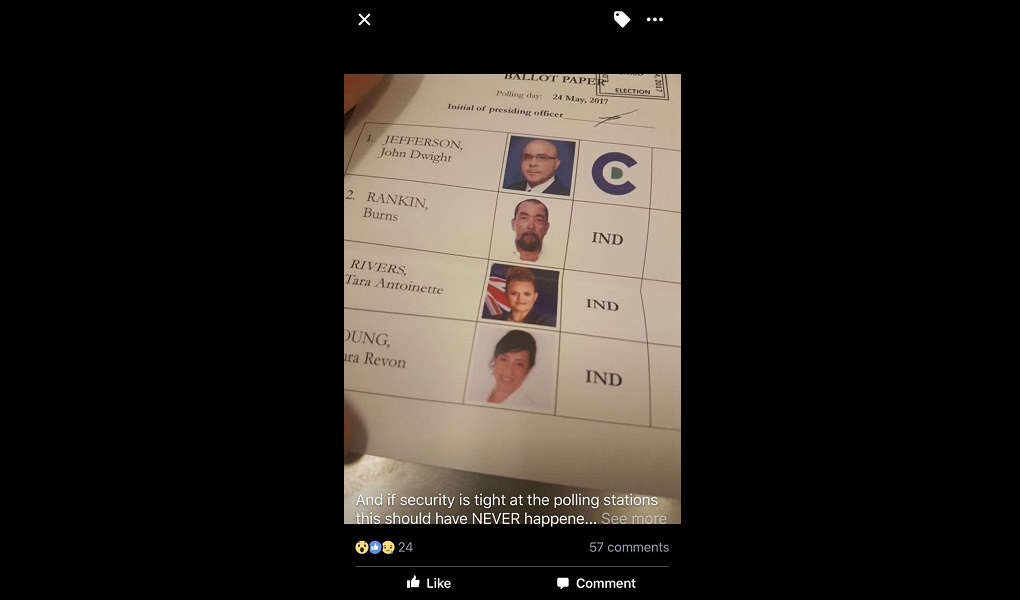 Caymanians on social media went into ‘panic mode’ on Wednesday after a post made the rounds showing a photo of a ballot in the West Bay South division.

Supervisor of Elections Wesley Howell, speaking with Loop Cayman about the incident, says that while his office was made aware of the post, he noted that the act itself isn’t a punishable offence by law.

“It is not illegal to take a photo,” he said, adding that it is while it is not allowed, it is neither illegal to bring a cellular phone into the polling station.

“I’ve seen [the pictured ballot] but what a voter does is really his business. We have no power of compelling persons to be searched by our officers, so it’s not an offence; no investigation in that respect,” he explained.

The photo has however, raised many eyebrows and call into question whether other electoral activities may have occurred in that electoral division.

The image of the four candidates in the West Bay South division, the date of today’s election and the caption “And if security if tight at the polling stations this should have NEVER happened” accompanied the photo.

More than 50% of voters have cast ballots – Electoral Office