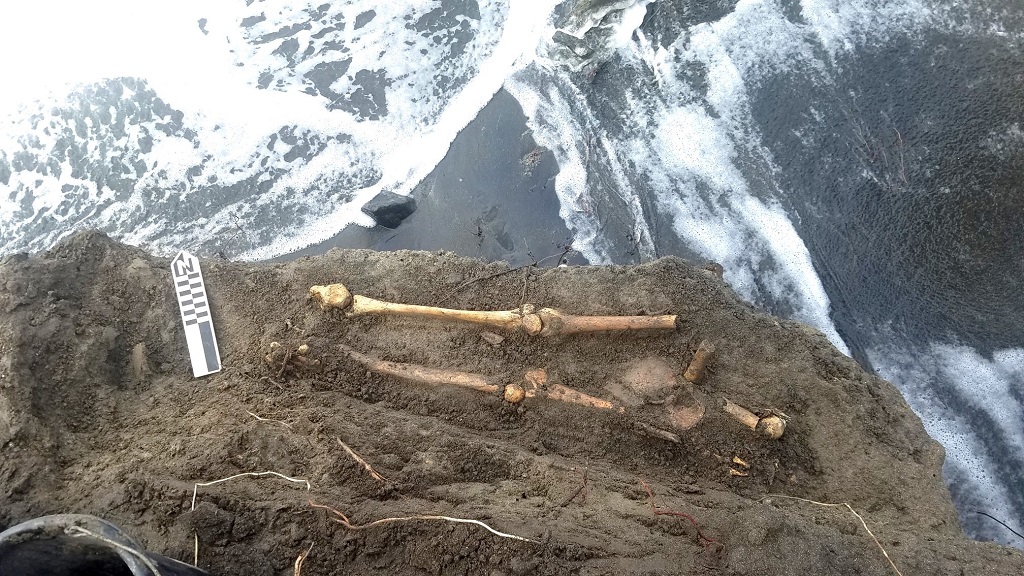 An Amerindian burial site in Grenada is in danger of being wiped away by heavy waves at Sauteurs Bay unless action is taken to guard against the negative effects of climate change.

This week members of Heritage Research Group Caribbean and other volunteers conducted an emergency evacuation of Amerindian skeletal remains which were exposed by pounding waves.

Dr Jonathan Hanna, an instructor in Anthropology at Pennsylvania State University was among the volunteers at the site.

He told Loop News the burials have never been exposed before and were untouched for at least 700 years, perhaps some as much as 1500 years.

“So, we jumped in and did a proper, though every fast excavation with the waves crashing over us the whole time.

The site will continue to be destroyed as well as the modern community if something is not done soon.

By May/June it will probably subside as has happened the past two years, but I am hoping the publicity will put pressure to fix the situation before the dry season next year,” said Dr Hanna. 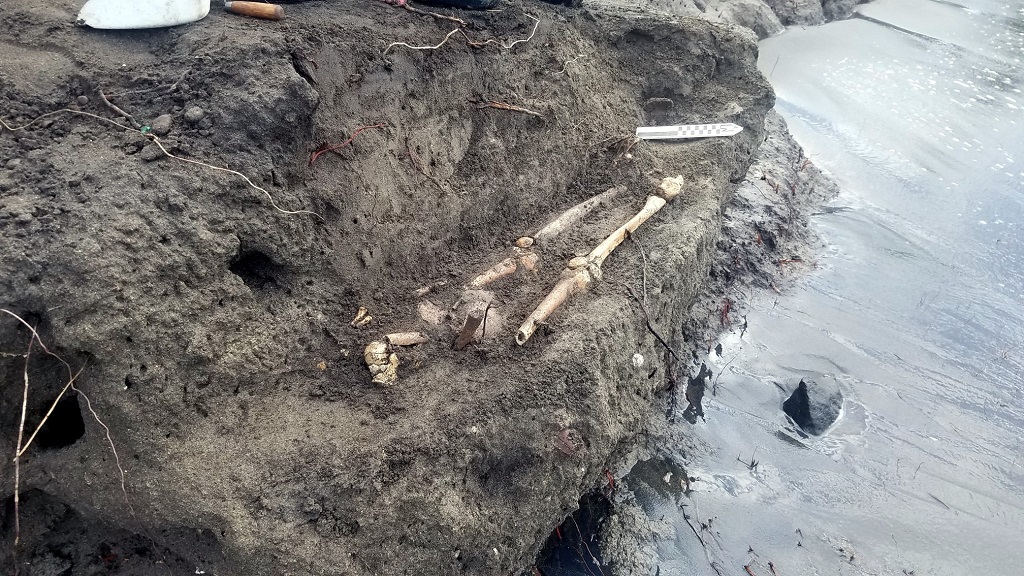 He says in 1994, an archaeologist excavated some 18 burials that were falling into the ocean after a sea surge.

According to data from the 1994 burials, the earliest radiocarbon date was AD 660-800 and those from the burials were clustered between AD 900-1200.

Those burials were 50 metres from the one which had to be excavated earlier this week.

Hanna said: “So these things happen in this area from time to time. There are also prehistoric sites washing away or now underwater, but nothing as dramatic as we’re seeing in Sauteurs right now.”

Dr Hanna says he worked with Grenada’s Ministry of Culture and the Ministry of Environment to convene representatives there in February 2018, with many plans being made but the implementation being too slow.

He says there are several historic sites in Grenada where burials are also falling into the sea and unless action is taken the trend will continue.

“It is absolutely climate change and rising sea levels since the 1997 breakwater project just redirected currents that were battering the town. And while single events like this have happened in the past, it has never been a continuous, daily occurrence for such an extended time,” said Dr Hanna.