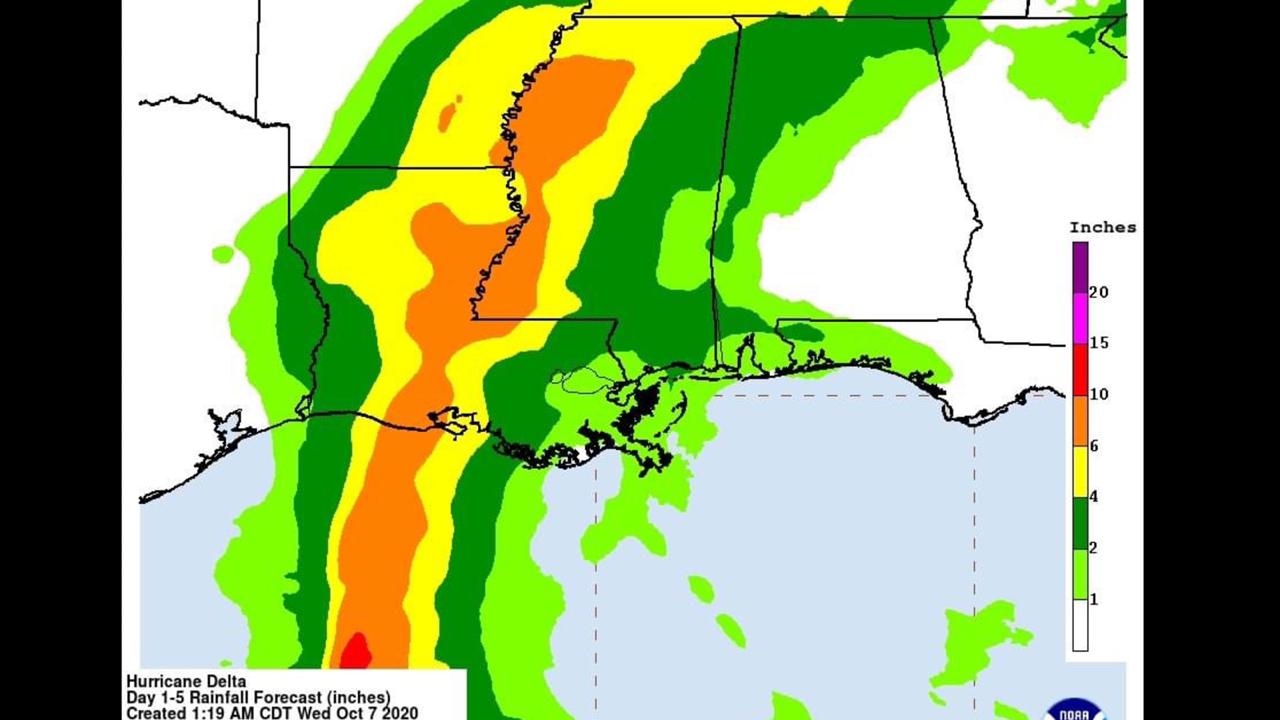 The weather is quickly deteriorating over the northeast Yucatan coast as Hurricane Delta continues to pummel the area with life-threatening storm surge.

In its 5am advisory on Tuesday, the National Hurricane Centre warns that strong winds will be arriving soon.

For storm information specific to your area, please monitor products issued by your national meteorological service.

Interests along the northern Gulf of Mexico coast should monitor the progress of Delta. Hurricane and Storm Surge Watches will likely be issued for a portion of this area later today.

At 4am CDT, the centre of Hurricane Delta was located just offshore of the Yucatan peninsula about 35 miles (55 km) east-northeast of Cozumel, Mexico. Delta is moving toward the northwest near 17 mph (28 km/h).

On the forecast track, the centre of Delta will move over the northeastern portion of the Yucatan Peninsula during the next few hours.

Maximum sustained winds are near 115 mph (185 km/h) with higher gusts -a category 3 hurricane on the Saffir-Simpson Hurricane Wind Scale.

Although some weakening is likely when Delta moves over the Yucatan peninsula, re-strengthening is forecast when the hurricane moves over the southern Gulf of Mexico Wednesday night and Thursday, and Delta could become a category 4 hurricane again by late Thursday.  Weakening is expected as Delta approaches the northern Gulf coast on Friday.

Through early Thursday, Delta is expected to produce 4 to 6 inches of rain, with isolated maximum totals of 10 inches, across portions of the northern Yucatan Peninsula. This rainfall may result in areas of significant flash flooding.

The NHC said in addition to 2 to 4 inches of rain, with isolated higher amounts, are expected across portions of western Cuba. This rainfall may result in areas of flash flooding and mudslides.