‘I called about the ladies’: Women’s photos being shared online 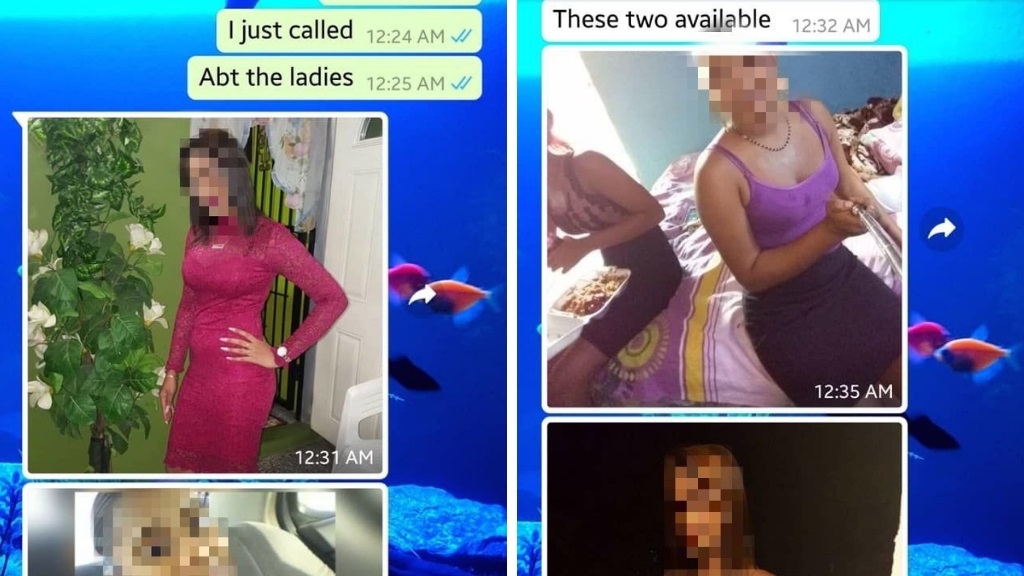 Just several days after a human trafficking ring involving teenaged girls was busted by police, a series of viral photos showing local women with messages saying they are ‘available’ have been circulated online.

One woman, whose identity has been withheld, said the post was shared with her by an unknown person and she was shocked to see her own photo included in the photos.

“Sooooooooo Fb I got these screenshots From a random person I don’t even have as a Friend on FB as you’ll could see I am in the pics together with other girls that I am not going to show there (sic) faces because idk them.”

“An however Ik the person who is doing this are on my friends list soooooo I guess you’ll trying to sell me kidnap etc? Yes am scared to death but it’s in the police hands and it’s being taking care off.”

“Wasn’t gonna post this but I just think that you guys should no the sick place we live in and it’s so serious an scary to even go to skl (school), work anywhere in our sweet T&T. Be careful I literally can’t get over this it kills me,” the woman said.

The woman indicated that a police report has been filed.

The photos were then shared by a Facebook page, who sought to warn the other women whose photos had been shared.

“We need to locate these women in the photo's ASAP to warn them of being potential victims of Kidnapping/HumanTrafficking. If anyone knows any of these women please let them know what's going on,” the group said.

LoopTT has reached out to the Trinidad and Tobago Police Service (TTPS) and was told that the matter is being looked into.