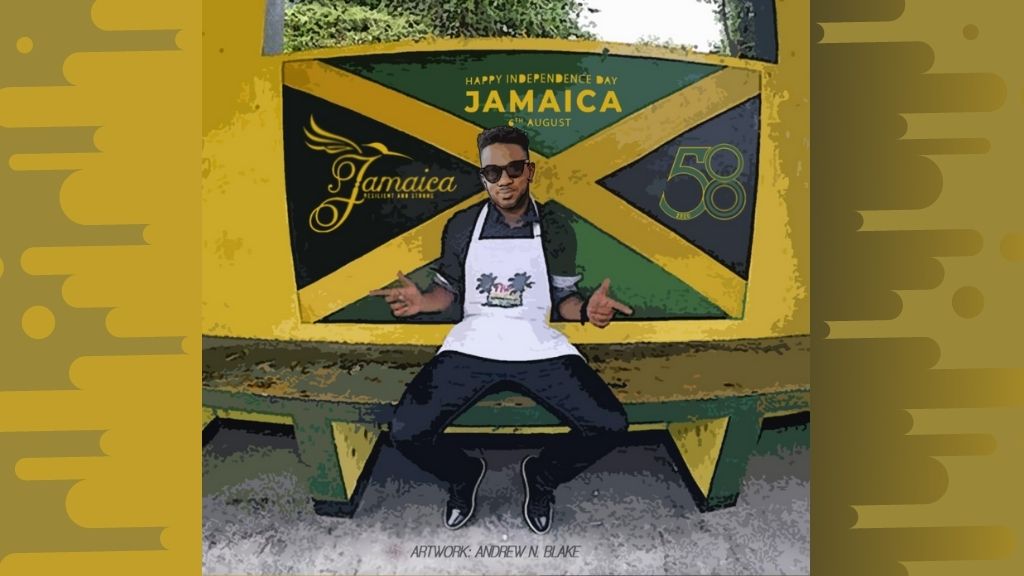 When a Jamaican utters these words while beating his chest and with his head held high, be afraid… Be very afraid.

These words are a cry of greatness, a prediction of victory or a warning to clear the way.

These words are profoundly echoed in the actions and achievements of our people.

As the sun rises on Jamaica’s 58th anniversary of Independence, there are those who exuberantly celebrate the green, black and gold, belting ‘Jamaica, Land We Love’ and taking the pledge “Before God and all mankind…” Holding these symbols close as an affirmation of pride and progress.

Others feel that true independence remains elusive… that when the shackles of colonialism were removed, a more sinister neo-colonialism moved in to take its place… and that independence from the former ‘mother country’ was merely conditional or perhaps even a lie.

Irrespective of political or ideological leaning, one thing is for sure— Jamaicans are some of the most independent people in the world.

Out of many, one food. Not only did Jamaicans create their national cuisine by perfectly blending influences from the Caribbean, Europe, Africa and Asia but they take it everywhere they go. Jamaican restaurants are so popular that you can almost find one anywhere in the world and sometimes several of them on the same street! See Church Avenue (also called Bob Marley Blvd) in Brooklyn, New York if you don’t believe me. Food in these restaurants is so popular that enterprising Jamaicans are now charging extra for oxtail gravy! But wait! There’s more. As if one identifiable cuisine wasn’t enough, Jamaicans pioneered another globally recognized cuisine called ital. Created by the Jamaican Rastafarian community, this natural way of preparing food focuses on eating what comes straight from the earth and does not include meat.

Speaking of the great Robert Nesta Marley, Jamaican independence is evident in the invention and migration of many globally recognized Jamaican genres of music. From Mento to Dancehall… just imagine, the same country that gave the world Count Lasher also gave it Kartel… Jamaica releases new music at a prolific pace daily and Jamaican artists are among the most sampled in the world. The up-tempo feel of Ska reflected the nation’s mood after independence and Reggae music was birthed out of political strife and socio-economic hardship. Jamaican music has been used to lead revolutions and to broker peace. Jamaicans move to the beat of their own drum and when we find a rhythm we like, we make the world move to it as well.

Mesh marina, diamond socks, Clarks, Buffalino, Romper, batty rider and pum pum shorts. Even if they aren’t made in Jamaica these items have all became synonymous with Jamaican culture and fashion. For Jamaicans, it’s not just WHAT you wear its HOW you wear it. Jamaican swag is undeniable, with iconic accessories to boot. ‘Kerchief or a back pocket rag are staples for the look. If you are wondering how influential the look is, look no further than runways in Milan or the latest music videos.

Of course the same people who created multiple genres of music would also be the originators of an entire faith and movement. Regarded as one of the fastest growing faiths/movements in history, Rastafari focuses on clean eating and living in unity with the earth with a pure mind and body. Rastafarians in Jamaica give the island a central role in the ideologies surrounding repatriation and reparations for people of African descent around the world. Rastafari has also influenced much of the music that the world embraces— transcending race, class and nationality via the tunes of artistes such as Bob Marley, Peter Tosh, Dennis Brown, Bunny Wailer, Garnet Silk, Chronixx, Protege and Autarchii, who are all Rastafarians.

The Honourable Louise Bennett-Coverley reminded us that Jamaican patois is not a corruption of the English language but is its own beautiful language, created by our ancestors with influences that reflect Jamaica’s colourful past. Our highly emotive and assertive native tongue is recognized and loved the world over… chat bout!

Aside from our traditional patois, the revolving door of Jamaican slang finds its way into global pop culture and even into the every day vernacular of cities around the world. Visit the party scene in Toronto and you’ll hear Canadians using the word bashment or the lads in England referring to themselves as rude bwoys.

Jamaicans export dance moves the way that the Japanese export cars. No doubt, Jamaicans love to dance, but creating, innovating and promoting dance moves has become its own industry and has proven to be quite lucrative for Jamaicans with nimble feet. The late Gerald Levy aka “Bogle” helped to make dancing synonymous with dancehall and paved the way for today’s dancers who teach foreigners the latest moves or even “fly out” on their own dancing tours around the world. International dance choreography and music videos are littered with dance moves created by Jamaicans in Jamaica. With social media as their platform, artists such as Ding Dong and the Ravers Clavers dance crew have ensured that this Jamaican dance trend is not just a passing fad.

If you remove the political lens it is not hard to see that this land we call Jamaica and all of her beautiful people have always had an independent spirit— forged by our interactions with other nationalities, our unique geography and through a variety of unique historical circumstances.

Every Jamaican— home and abroad— is a part of the patchwork that makes the quilt of “Jamaicanness” that blankets the globe. “Wi likkle but wi talawah, yuh zeet.”

When Caymanian and Jamaican sayings "buck up"