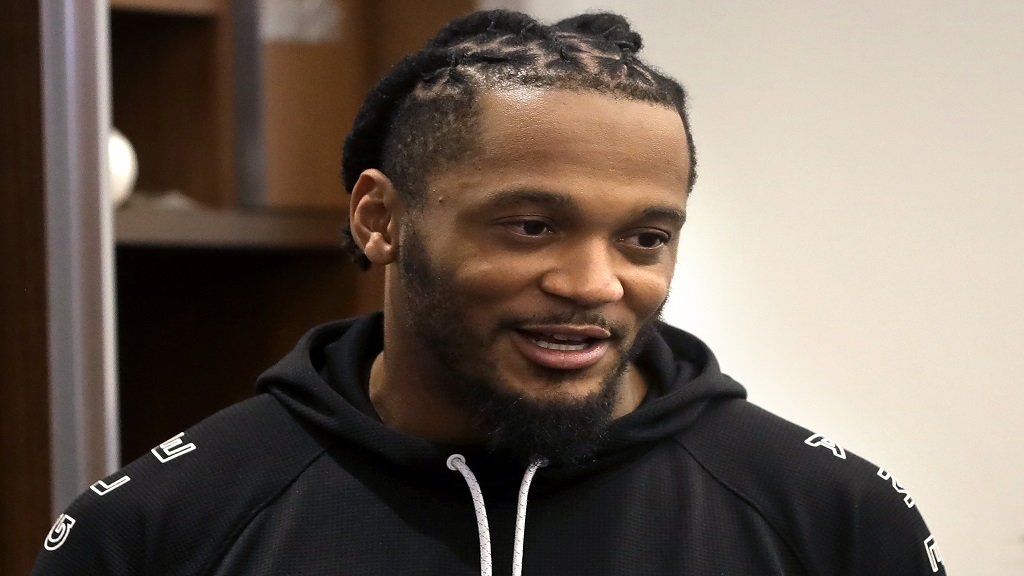 Having played for the New England Patriots for nine of his 10 NFL seasons, Patrick Chung is well-versed in how his team addresses potential controversies.

So it came as no surprise when Chung, who was born in Jamaica to musician parents, offered no information about a charge of cocaine possession brought against him in New Hampshire while speaking briefly with reporters Monday inside the Patriots' Gillette Stadium locker room.

"Honestly, I've been just here playing football. We just talk about football. So that's all I'm going to talk about, talk about the Giants," the 32-year-old safety said, referring to Thursday night's preseason finale at home against the New York Giants.

Earlier Monday, Chung waived a court appearance in Laconia, New Hampshire, and a lawyer entered a not guilty plea on his behalf.

Belknap County Attorney Andrew Livernois said police in Meredith, New Hampshire, were called to Chung's home on June 25 "on a call for service" and obtained evidence leading to the felony drug charge. He was indicted on August 8.

Chung's next court appearance is scheduled for November 8.

During the open locker room period after Monday's practice, Chung said he would speak only about football as reporters clustered around him. Asked if it was difficult to focus on the game following his indictment, Chung added: "Just coming to work and I play. I go to the meetings and get into the playbook and I just get back, get over my injuries and get back."

Chung was a second-round draft pick by the Patriots in 2009 out of Oregon, and he returned to New England in 2014 after playing one season with the Philadelphia Eagles. He has been a major contributor on defense to three of the Patriots' six Super Bowl championships.

Chung suffered a broken arm late in the Patriots' 13-3 victory over the Los Angeles Rams in the last Super Bowl and has yet to play in a preseason game, only recently shedding the red practice jersey signifying his non-contact status.

"It feels good," he said of returning to full-contact status. "It's a little hard to practice with a red jersey on and with pads. It feels good to be out there and be able to get a little physical and use my body a little bit."

Chung said he did not know if he would play Thursday against the Giants.

"That's not my decision," he said. "I'm just out here practicing. If Bill (Belichick) wants me to play, cool, and if not, cool."

Belichick would not answer a question about Chung's status last week.

The Patriots have not commented on Chung's indictment beyond a statement Thursday that said: "We are aware of the reports regarding Patrick Chung. We will not be commenting while his judicial proceedings take place."

Jamaican DJ, stylist imprisoned in US for trying to smuggle cocaine