Harris-Henry, who hails from Kingston, has been a chef and food and nutrition teacher for over a decade and a half. She has a dual degree in Food Service Production and Management and Education and established the Culinary Programme at Jamaica College.

“As a child, I fell in love with cooking when my mother and grandmother would allow me to help them in the kitchen. I began to see the impact that my culinary creations were having on others and my grandmother would frequently tell me that I’m a talented cook and one day I would make a career out of it. I suppose the rest is history!” She laughs.

Harris-Henry would later open her highly acclaimed catering company, Tricey’s Catering Services, which has catered an extensive variety of large and small events across Jamaica and was featured on Television Jamaica (TVJ).

Harris-Henry’s latest project is as Director of The Reggae Chefs Jamaica, a personal chef and culinary events service specializing in the fusion of food and culture. It is the local arm of The Reggae Chefs, which is based in New York.

“When The Reggae Chefs come to your home or event, you are not only going to receive delicious and nutritious Jamaican meals made from fresh, locally sourced ingredients,” says Harris-Henry, who is a huge fan of local produce. “You are also going to get a highly enjoyable dose of Jamaican edutainment.”

Visitors who have booked The Reggae Chefs’ experiences have marvelled at how much they learned about Jamaican music, patois and entertainment while enjoying authentic Jamaican cuisine.

According to the Forbes’ article, M:FP “trains food insecure Jamaican communities to see locally-growing foods as versatile and delicious instruments to alleviate hunger and malnutrition.”

The team at M:FP refers to these foods as Most Valuable Produce or MVPs. 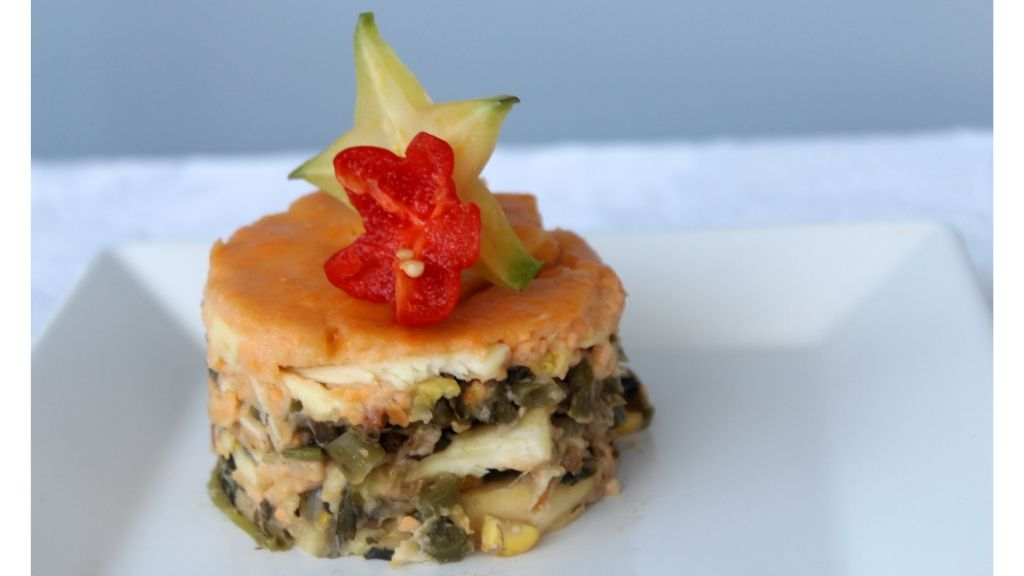 Breadfruit lasagne. Breadfruit is one of Mission:FoodPossible's Most Valuable Produce (MVPs)

“My participation in M:FP has been so rewarding to me as I have had the opportunity to help communities to feed their children and to reduce the number of persons who suffer from non-communicable diseases. I think M:FP has the potential to be reproduced in other countries and to change the world,” says Harris-Henry.

The Forbes article, which came out on February 20, features Harris-Henry alongside two chefs from Barbados, Manuela Scalini and Taymer Mason, a chef and chocolate maker from Saint Lucia, Maria Jackson, and a chef from the Cayman Islands, Britta Bush.

“I am so honoured at being selected as one of the 5 female chefs who are doing great things with food. It feels so surreal like I am in a dream. This article has given me a newfound drive to pursue my love for the culinary arts at a deeper level,” she gushed.