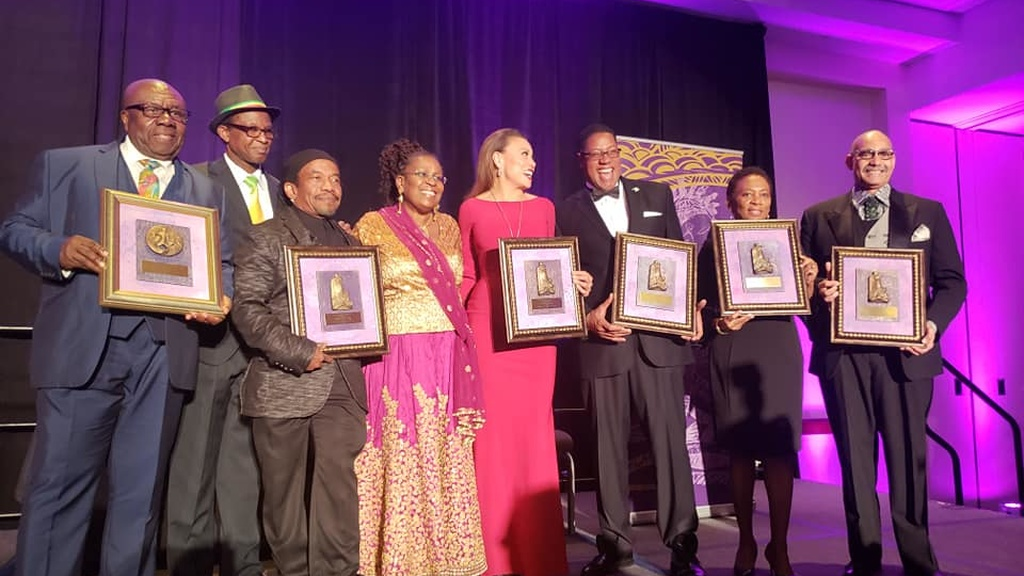 The Trinidadian man responsible for the technology behind the Flat Panel Display Touch Screen and Jamaican comedian and actor Oliver Samuels were among prominent Caribbean people honoured on Friday night.

They were honoured at the 25th anniversary gala of the Caribbean American Heritage Awards (CARAH) in Washington DC.

Dr Andre Cropper, who was awarded the Excellence in Science and Technology, is the mastermind behind the Flat Panel Display Touch Screen made from thin layers of laboratory-produced diamond called Organic Light Emitting Diode (OLED).

Born in Trinidad on August 4, 1961, Cropper’s US patent for the OLED facilitated the development of flat panel displays, which are today used in most electronic devices from ATM machines and flat-screen TVs to laptop computers.

He holds two patents for the inexpensive manufacture of OLEDs for use in TV displays.

Samuel, a well-known comedian, actor and playwright across the Caribbean and the diaspora, was awarded the Marcus Garvey Lifetime Achievement Award for his outstanding body of work and for bringing "Brand Jamaica" to the performing arts locally and internationally.

The CARAH Awards were instituted in 1994 by the Institute of Caribbean Studies in order to demonstrate the contributions that Caribbean immigrants make to the USA.