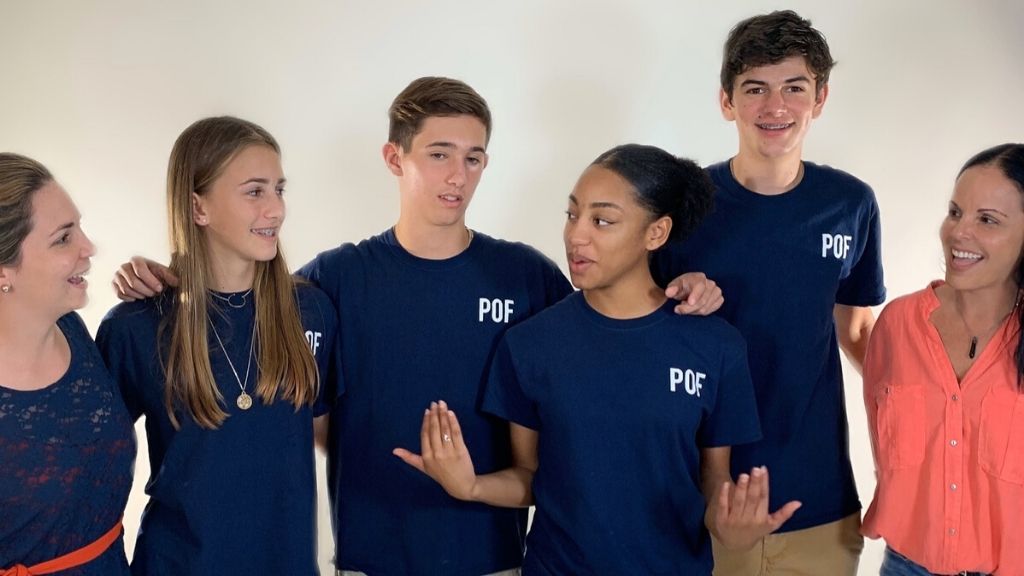 Youth from the Protect Our Future environmental group at the Cayman International School recently received an hour of mentorship from local journalists, on thought leadership, writing and the media industry.

The group was then taken for a tour of the printing press by printer, Donovan Nelson, and were invited to the studio where they created a short video shot by videographer Alvaro Landauro.

The four 16 year olds, Dejea Lyons, Ciara Bradley, Ben Somerville and Connor Childs, shared the challenges of having their voices heard, given their young age and their inability to vote.

Protect Our Future is a student group of environmental advocates. The movement was started at Cayman International School and has generated buzz within the local community with their appearances on local radio stations and posts on social media.

They have become well-known for their vocal protest against the construction of the port.

“We need to redirect the priority of the port to other major local issues like the landfill or the problems at Clifton Hunter School," said Connor Childs. "We have some of the best beaches in the world. I would hate to have this taken away."

“The only reason we are standing up is because it is in the hands of those who can vote, and we can't but we are the ones who will be affected the most," said Ben Somerville.

"Our voice is effective. We do know something,” said Ciara Bradley

"This matters to me because I am Caymanian," said Dejea Lyons. "We are not registered voters so we have to keep our ears and eyes out as much as possible so we can do as much as we can. We hope we can help craft people’s opinion."