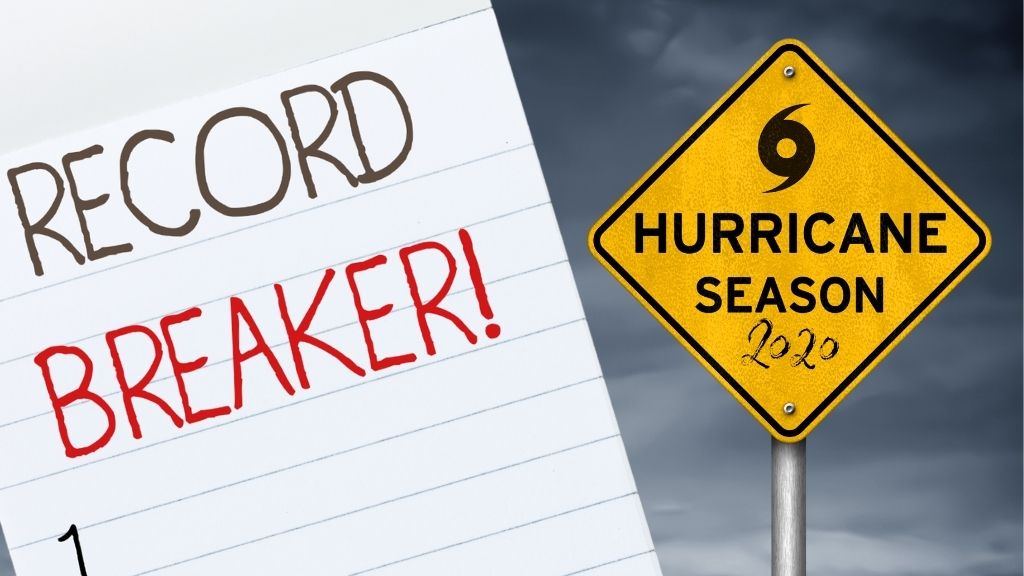 There is just over one month left in the 2020 Atlantic hurricane season, which ends November 30, but this season has broken numerous records.

Forecasters ran out of traditional names on September 18, when 3 storms went on record for the same day (a record-breaker) and went to the Greek alphabet for storms Alpha and Beta. Then Delta became a Category 4 hurricane.

Tropical Storm Epsilon, which formed early yesterday is the earliest Epsilon to form in the Atlantic. The last time that happened was in 2005, when Epsilon formed at the end of November.

So far this year, there have been 26 named storms, including nine hurricanes and of those, three major hurricanes. The 2020 Atlantic hurricane season is nearing an all-time record for the number of storms.

This year also had the most storms on record ever, by August 1--- 9!

The last time the Greek alphabet was used in the Atlantic was in 2005, the year of Hurricane Katrina. With a total of 27 storms that year, the first six letters of the Greek alphabet were used: Alpha, Beta, Gamma, Delta, Epsilon and Zeta. We are one storm away from tying with that record with more than a month left to do so.

If the rest of the season is just average, we would expect another two to three storms. That would take the season's tally to 28 or 29 storms, equaling or topping the 2005 record and taking us through Eta or Theta in the Greek alphabet.

Updated graphic on the race between 2020 and 2005 for most named storms in the Atlantic in a year.