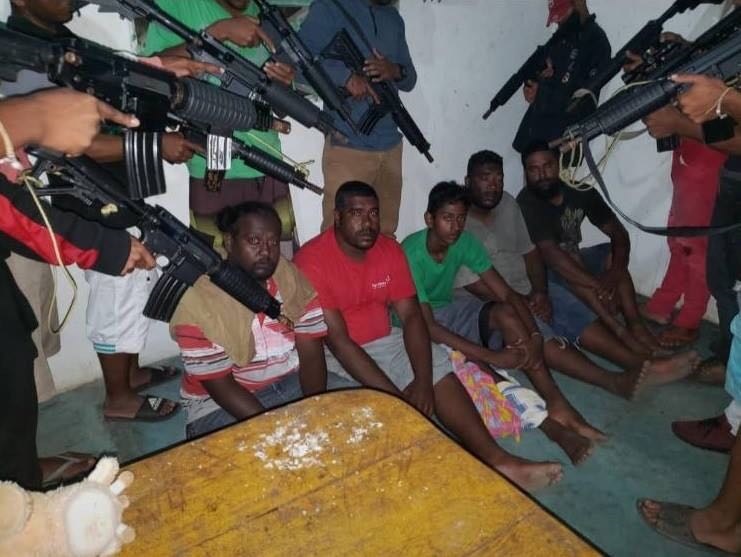 These fishermen have been released by their kidnappers.

Five fishermen, who were kidnapped over a week ago and held for ransom, have been returned home.

A sixth kidnapped victim, Jerry O’Brian, 36, was returned on January 30, after a ransom was paid.

The five were taken to the Siparia District Health Facility, where they are all being medically examined.

Following this, they are expected to give a statement to police.

Investigators were told that an estimated US$60,000, a quantity of gold, and even boat engines, were given for the safe release of the five persons.

According to reports, they were all in a white pirogue which left the Morne Diablo, Fishing Bay, at 4 pm on January 26.

At 7 am on the following day relatives of the fishermen received information that the six men were captured in the Manosa River in Venezuela by Spanish-speaking bandits.

The bandits told relatives that they wanted US$200,000 for the safe return of the six fishermen.

Relatives notified the police, and a team of officers led by Sgt Gookool of the Penal Police Station, visited the Fishing Bay.

Officers of the Anti Kidnapping Unit were notified, and a separate investigation, under the supervision of Snr Sup Daniel, has since been launched.

Government reaches out to Interpol on Venezuela kidnapping