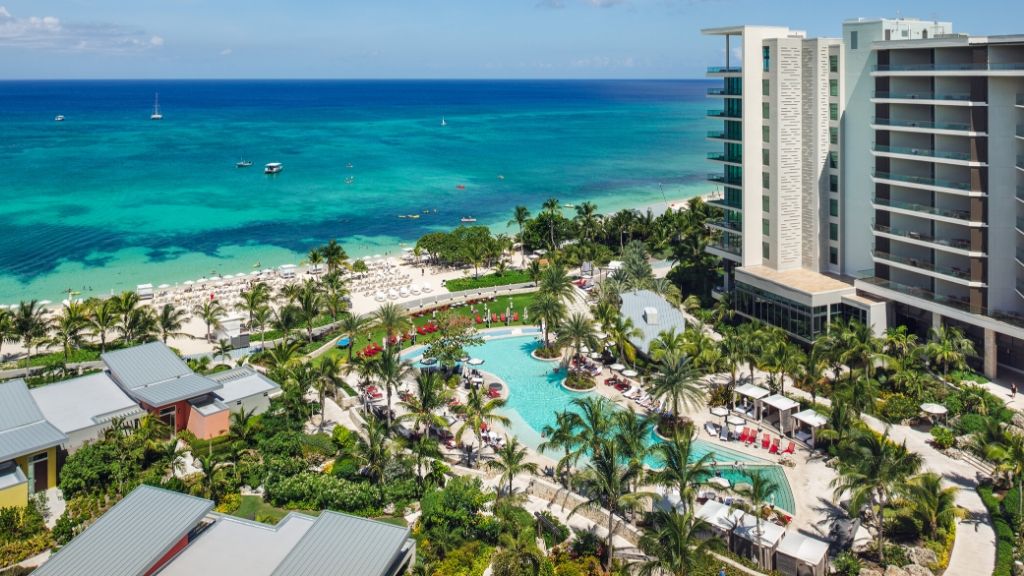 Kimpton Seafire Resort + Spa, the 266-room resort on Seven Mile Beach pays tribute to Cayman’s natural and cultural heritage in many ways, from the art and artefacts found throughout the hotel to the use of native plants and trees throughout the property.

Developed by Dart, Kimpton officially opened three years ago, on 15 November 2016, the first new hotel in Grand Cayman in more than a decade. In this short period of time, Seafire has joined the ranks of hotels rated best in the world, recently taking third place in Conde Nast Traveler Readers’ Choice Awards for the Caribbean and voted 36 worldwide.

“We are delighted to celebrate our third anniversary with such positive recognition of our efforts,” said Steven Andre, general manager of Kimpton Seafire Resort + Spa.

Three years also happens to be a significant milestone in landscape design, being the time it takes for plants to mature.

“We describe the growth pattern in the first three years as sleep, creep, and then leap,” said Dart’s senior manager landscape design and horticulture, Whit Connors. “If you look back at photos from the opening, you will see just how much Seafire’s natural environment has blossomed and grown.”

The Seafire resort, which includes The Residences at Seafire, is planted with over 32,000 plants and trees, the majority of which were propagated in Dart’s nursery.  The use of native and indigenous plant material creates a distinctive sense of place and has become a hallmark of Dart developments.

“Caymanian trees and shrubs have design and environmental benefits as they are naturally more resilient, and because the buildings are set so far back from the beach, we could get creative, playing with topography and introducing secluded corners for guests’ privacy,” said Connors.

As Seafire was the first hotel opened by the Kimpton brand outside North America, Andre says he is especially happy with how the resort has been embraced by the Cayman community. “Like all Kimpton hotels, we aspire to be locally loved,” said Andre.