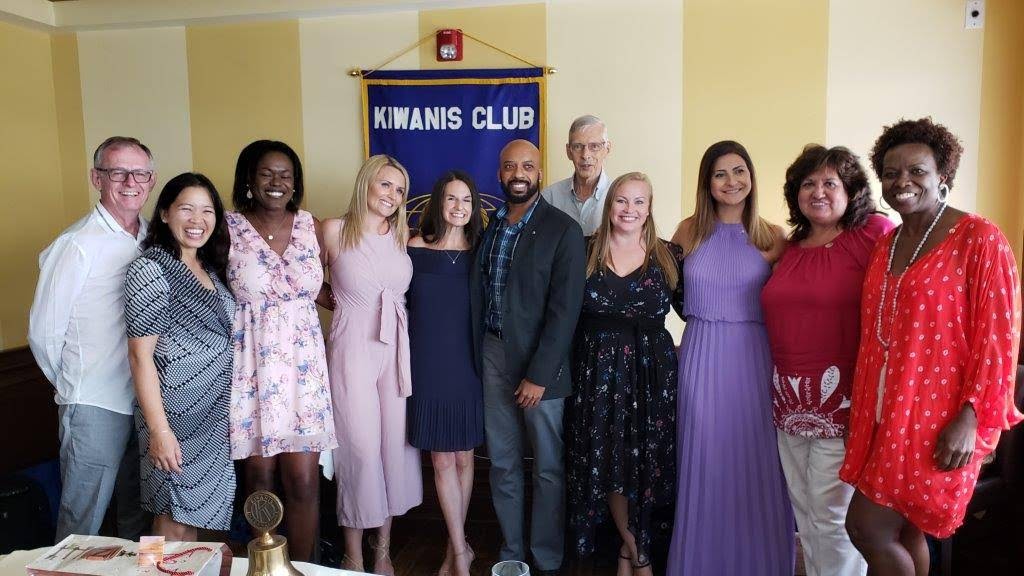 The Kiwanis Club of Grand Cayman has announced its new board and officers for the 2019-2020 year.

Members of the Kiwanis Club of Grand Cayman installed its new leadership at the annual installation dinner on October 6.

Duane Turner was elected as the club’s new president, taking over from Nicola Murray.

“It’s truly my honor to serve this year as club president” said Mr. Turner in a press release. We’re a club that has been actively serving the community, especially where school children are concerned, since 1975. Yet, we feel like a best kept secret.  I think the time has come for that secret to be leaked.  One of my goals this year is to push for us to get more recognition and exposure island-wide.”

Outgoing president Ms. Murray was awarded the title “Distinguished President” for her leadership and dedication during her presidency.

Roger Bodden, a distinguished past president and current Chair for Sponsored Youth, was awarded "Kiwanian of the Year" for his dedication, passion, and promotional work of our high school Key Clubs.

Officers, Ruud van der Plujm (Director), Linda Chapman-Key (Secretary) and Cavell Goulbourne (Treasurer) were all presented with a "Presidents Award" for their outstanding dedication and service to the club.

For information on the Kiwanis Club, its meeting times and its projects, visit www.kiwanis.ky or email president@kiwanis.ky.

Cayman-canine fun for your calendar