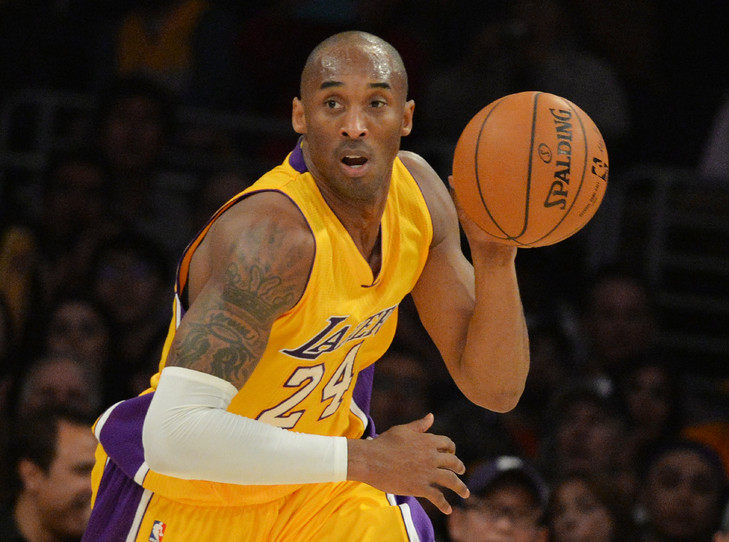 Kobe Bryant was a star for the Los Angeles Lakers.

Nearly three months after the NBA great's death, the largest collection of Kobe Bryant memorabilia ever assembled in one place has become available for auction online.

Some of the 86 items available for bidding include game-worn shoes from the NBA Finals, warm-ups, game-used jerseys, NBA championship rings and a 14-karat gold ring featuring eight diamonds that commemorates the United States' 8-0 record and gold medal at the 2012 Olympics.

Five per cent of the auction's sales will go to the Mamba and Mambacita Sports Foundation, which Bryant's wife, Vanessa, created after her husband and daughter, Gianna, died in a helicopter crash along with seven other people in January.

The item with the highest bid as of Thursday was a pair of autographed Adidas shoes that Bryant wore in an NBA Finals Game Five victory over the Philadelphia 76ers in 2001, selling at the time for $28,000.

The championship ring given to the Los Angeles Lakers star after the 1999-2000 season, which Bryant gave as a gift to his mother Pam, was carrying a price tag of $20,000 and features 40 diamonds placed in 14-karat gold.

Bryant had threatened to sue Goldin Auctions in 2013 when the auction house attempted to sell hundreds of items from his parents. The Bryants reached an agreement outside of court, and only six items were sold, including the 2000 NBA championship ring. That auction raised over $62,000 for The Bully Project – a charity Bryant supported.

Goldin Auctions had been collecting rare items for months in anticipation of selling them when Bryant’s induction into the Naismith Basketball Hall of Fame was announced.