Skip to main content
Breaking News |
Legal Services Bill, 2020 Out for Public Consult
Turtle Centre has released 1361 hatchlings so far this year
Khloe says she had COVID in Keeping up with the Kardashians teaser
Severe wind expected as TS Zeta moves over the southeast United States
Digicel SHOWDOWN Alison Hinds vs Patrice Roberts passes 12K in 30 mins
Cayman: There are 645 people currently in isolation
Hurricane Zeta speeds toward a storm-weary Louisiana
Gang member who says he beat up R Kelly sentenced to life in prison
CDC reduces Bermuda COVID-19 risk to 'very low'
Conditions deteriorating along portions of the US Gulf Coast 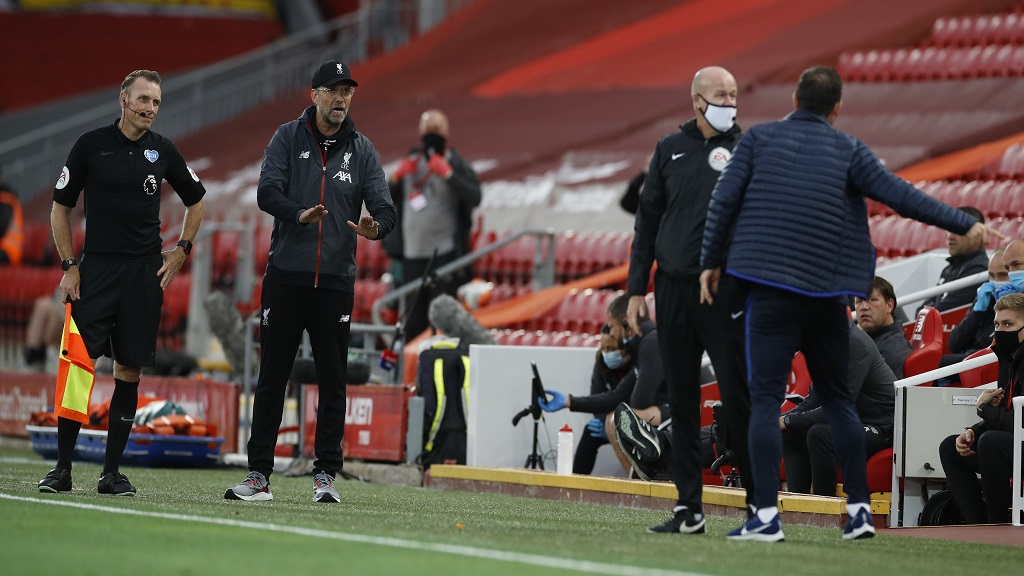 Lampard became embroiled in a row with Jürgen Klopp's assistant, Pepijn Lijnders, while Liverpool were beating Chelsea 5-3 on Wednesday, a video of which was widely viewed on social media.

Lampard said on Friday that touchline dialogue should be confined to just the two managers.

“What is the code? Lots of managers will call for decisions and it may be right or wrong. And then you speak with each other,” Lampard said. "But when people on the bench jump up and want to speak across to myself and then smirk and smile and then continue to do so for quite a while, I think that is past the code.”

After the game, Lampard warned new English Premier League champion Liverpool to "don't get too arrogant,” which Klopp took issue with on Friday, saying Lampard was a young coach who had a lot to learn.

Klopp said he was OK with Lampard or any manager airing their grievances during a game, but not afterward.

"You cannot hit me and my bench with something like that because we are not arrogant,” Klopp said at a news conference ahead of Liverpool's last game of the season at Newcastle on Sunday. “Frank was obviously in a really competitive mood and I respect that a lot. From my point of view in this sort of situation, you can say pretty much what you want. For me, after the game it is completely over.

“But what he has to learn,” Klopp added, ”is to finish it with the final whistle and he didn't do that. In a moment like this, in an argument you want to say something to hurt the other person.”

Lampard clarified he was talking about Lijnders' behavior during the match that "was absolutely crossing that line so that became arrogant to me.”

Lampard insisted he has no issue with Klopp.

"I haven’t contacted Liverpool, I shook Jürgen Klopp's hand at the end and said, ‘Well done,’ and I would easily have sat and had a beer with him and congratulated him on what an incredible job he has done,” Lampard said.

"I know how hard it is to win a Premier League. He's been there four or five years and the journey and the work has been incredible.

“He deserves everything. That was nothing to do with him. With cameras and microphones it was in full view and I regret the language that I used. I couldn't help the passion that I felt.”

Lampard warns Liverpool not to become 'too arrogant'