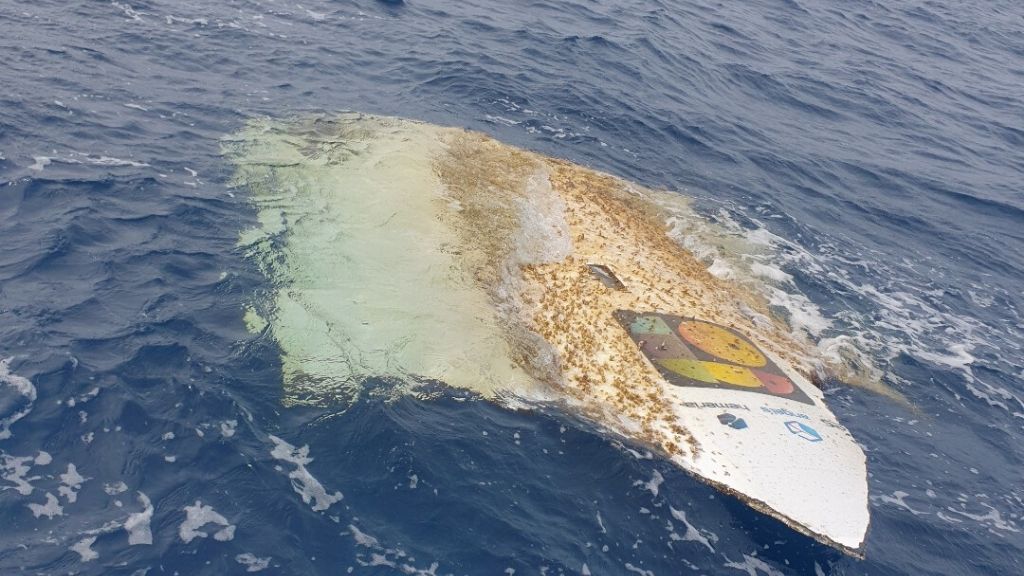 A piece of debris which is likely to have been a rocket launched from French Guiana was found just off of Cayman Brac last week.

Brothers Tyrone and Larry Scott were fishing on the south-west corner of Cayman Brac on Thursday May 21 and came across the piece of debris above. It was estimated to be about 12 ft by 15 ft in size. It had obviously been drifting for a little while to have algae growing on it.

According to the Department of the Environment, it appears to be a piece of an Arianespace rocket, probably launched from French Guiana, possibly in December last year and possibly with a Hermia satellite on board. The debris was last seen continuing to drift to the south-west.

The Department of the Environment advises the public that if marine or coastal debris is observed that might entangle fish, turtles or birds, it should be picked up or the DoE should be contacted with a photo.

Honouring the women of Cayman Brac