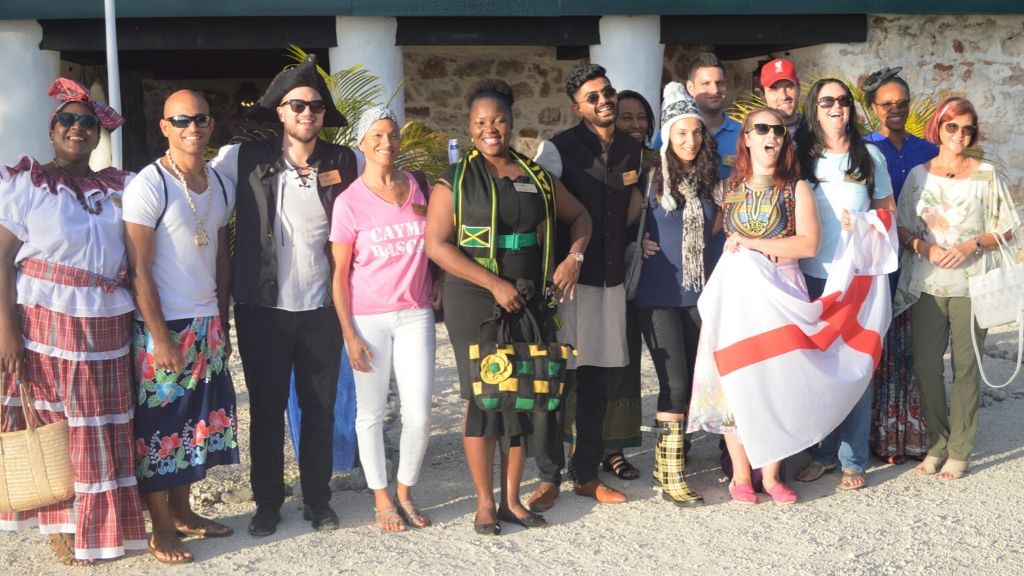 The Leadership Cayman Class of 2020 Culture and Heritage seminar has been heralded as a means of promoting and preserving the Caymanian culture.

As much a visual as a verbal affair, the Leadership Cayman Class, clad in costumes and other outfits representing the group's various nationalities, journeyed to Pedro St James on December 4, where they started their explorations with a documentary and tour of Pedro Castle, followed by breakout sessions and a panel discussion.

The tour and seminar stimulated deep reflective and analytical debate on the historical as well as the evolving nature of Caymanian culture and heritage.

Speaking to the issue of the evolving nature of Caymanian culture, Bodden said: “The ingress of immigrants, which had its genesis after Lynden Pindling introduced a nationalist agenda in the Bahamas, was to Cayman 's advantage. Such an ingress not only allowed for new economic opportunities but also brought challenges not previously experienced.

"Some of these challenges had to do with dealing with strange mores and a clash of cultures. It was out of this reality that the first attempt to regulate this relationship had its genesis in the Caymanian Protection Law. From that time until now, attempts are still being made to beneficially integrate new Caymanians into the society in such a way that each party ‘established’ Caymanians and the more recent immigrants trust each other.”

Meanwhile, Leshikar-Denton spoke to the importance of the Leadership Cayman Culture and Heritage seminar as a means of promoting and preserving the Caymanian culture.

“Sessions like these are very important for people in my sector. They provide opportunities for us to reach out to young leaders in the Caymanian society, young Caymanians and young leaders of several other nationalities who come together to enjoy and learn about our culture. You could tell from the interactions that they were all enjoying each other, and this helps to bring cultural understanding. It is rewarding for me to share my passion with these young leaders so that they can pass it on and help to bridge the cultural gap."

Elphinstone expressed a similar view. “Art illuminates our lives and history gives us a sense of belonging and shapes our collective identity, all while enriching our emotional world. It’s important to have opportunities like this, to talk through the issues and explore opportunities for positive growth.”