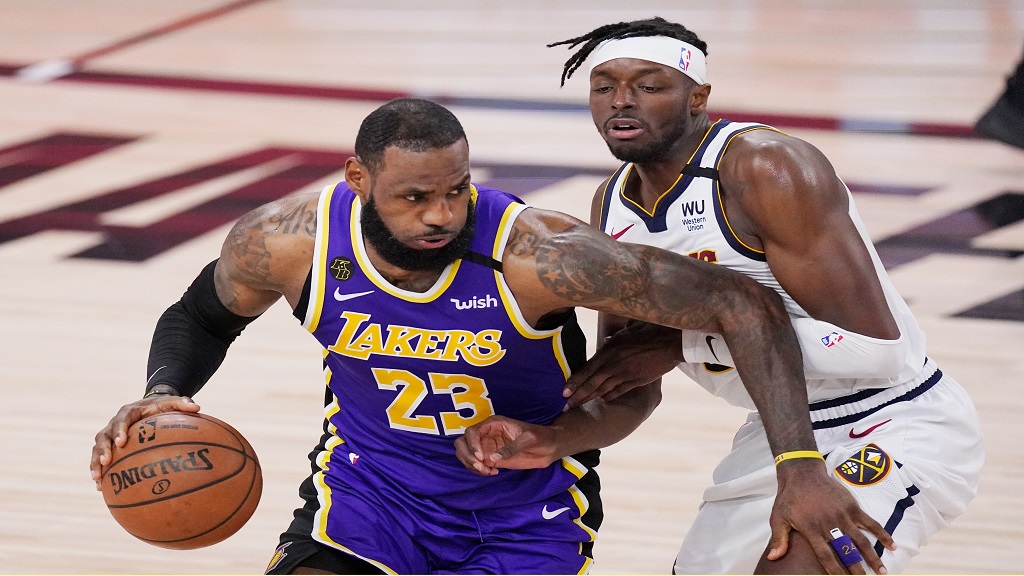 LeBron James is going to a 10th NBA Finals — and for the first time in a decade, so are the Los Angeles Lakers.

James punctuated his 27th postseason triple-double with a big fourth quarter, powering the Lakers to a 117-107 victory over the Denver Nuggets on Saturday night to win the Western Conference finals in five games.

James finished with 38 points, 16 rebounds and 10 assists to become the fourth player to reach 10 NBA Finals. It took him two seasons to make it with the Lakers, after falling short of the playoffs in an injury-plagued first season following eight consecutive trips with Miami and Cleveland.

The Lakers will face either Miami Heat or Boston Celtics in their 32nd NBA Finals appearance, most in league history. They haven't played for the title since beating the Celtics in 2010 for the last of their 16 titles.

Anthony Davis added 27 points and will end his first season with Los Angeles by playing in his first NBA Finals.

Nikola Jokic and Jerami Grant each scored 20 points for the Nuggets, who had fought off elimination six times before the Lakers finally put them away. Jamal Murray added 19 points and eight assists but the star guard struggled with some leg or foot pain and lacked his usual explosiveness.

The Nuggets had come back from 3-1 down in the first two rounds before being finally ousted a month since they would have departed the bubble had they lost the first time they faced elimination, in Game 5 against Utah on August 25.

LeBron's Lakers one win away from NBA Finals despite Murray's heroics