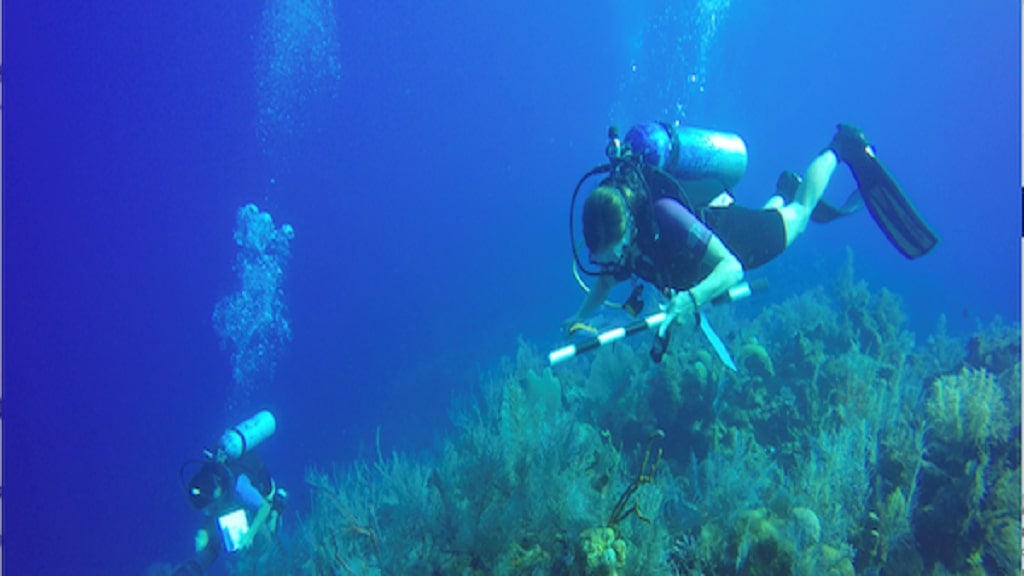 The Hope Spot initiative was launched in 2009, and it now includes some of the world’s most precious ecosystems.

Little Cayman is being recognized as a Hope Spot because of the high abundance of threatened and endemic species found there. Just off the western point of Little Cayman is a site protected by the Cayman Islands Government that is one of the last remaining large spawning aggregation sites for the endangered Nassau grouper.

Green, hawksbill and loggerhead sea turtles nest in the hundreds on Little Cayman’s beaches every year, and the coast is abundant with marine life, including seven species of sharks.

What does a Hope Spot and empirical evidence of a stable coral reef ecosystem really mean?

Simply put, Little Cayman is a unique island that indicates coral reefs, and therefore the ocean, can be resilient. Resilience is the key to adapting to changing climate, enabling us to understand how to sustain reefs systems for the future. Little Cayman’s reefs therefore create real hope for the future.

“Hope Spots are special places that are critical to the health of the ocean — Earth’s blue heart. Hope Spots are about recognizing, empowering and supporting individuals and communities around the world in their efforts to protect the ocean.”

Dr Carrie Manfrino, CCMI’s founder and president has a clear message for everyone this World Oceans Day. “By protecting the ocean today, we are protecting the future of humanity. We can stop the ocean crisis by making a commitment to more sustainable lifestyles. Make that commitment this 2020 World Oceans Day - to reduce your impact on the ocean, whether you are a business, a tourist, or stakeholder. Recognize the changes that you have made and make them everlasting.”

This includes working with staghorn (Acropora cervicornis) and elkhorn coral (Acropora palmata), both of which are critically endangered following a disease outbreak and die-off in the 1980s. These coral species are crucial reef-builders that used to be prevalent throughout the Caribbean, and they are extremely important to the resiliency of healthy coral reefs.

Little Cayman’s biodiversity both on land and in the ocean are significant, and CCMI’s scientific discoveries continue to grow our knowledge of these key ecosystems.

Little Cayman is also supported by impactful organisations that seek to identify a more sustainable future, including the Cayman Islands Department of Environment, the Cayman Islands National Trust, the Sister Islands Tourism Association (SITA), the Grouper Moon Project and a host of engaged patrons and stakeholders who reside on Little Cayman.

Conservation legislation of ecologically important species developed by the Cayman Islands Government, such as the early adoption of Marine Park Areas (MPAs), no dive zones and specific species protection policies, has also played a crucial role in protecting biodiversity locally.

Dr Manfrino identified the positivity regarding Little Cayman’s unique reef health when she set up the organisation in 1998. “The reefs of Little Cayman are indicating resilience, and we know healthy reefs lead to healthy lives. Since 1999, the scientific team at CCMI has completed field expeditions using the Atlantic & Gulf Rapid Reef Assessment (AGRRA) protocol to get a snapshot of the status of the reefs in the region. Our results indicate that whilst Little Cayman reefs are not immune to the impacts of local and global change, they have remained stable over time and appear to be more resilient than other Caribbean coral reef systems.”

Survey results from CCMI’s 1999-2019 AGGRA provide a glimmer of hope on an otherwise stormy outlook for coral reefs across the globe.

CCMI invites the public to join CCMI’s virtual World Oceans Day celebrations this year, a part of their “We Need Healthy Reefs” campaign, which includes the launch of the Little Cayman Hope Spot, an underwater photography exhibition and auction, and underwater photography webinars (free to participate; registration is required).

A full schedule of World Oceans Day events can be found at here.

CCMI shares the results from their monitoring work with the public via their Healthy Reefs outreach campaigns to improve knowledge and ocean stewardship, which can also be found here.

CCMI launches live online reef course for those in self-isolation