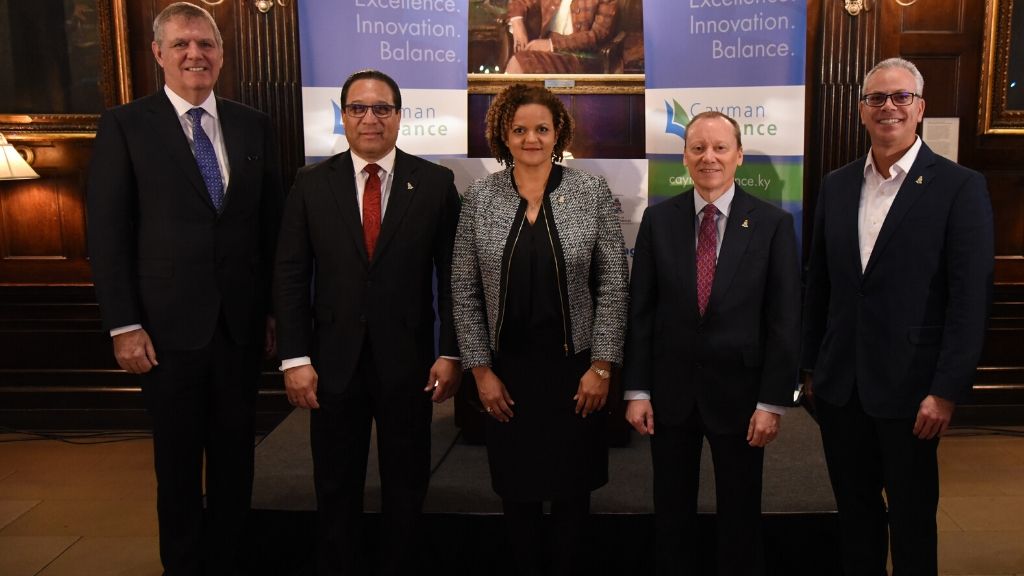 Premier Hon. Alden McLaughlin delivered opening remarks at the 7th Annual Cayman Finance New York Breakfast Briefing on January 21. Premier McLaughlin thanked those in attendance for doing business with the Cayman Islands and provided a brief update on the stellar performance of Cayman’s economy, including growth in the financial sector. He highlighted the country’s commitment to supporting the sector and to ensuring that we do what is needed to protect our reputation as a quality international financial services centre.

The Premier, Minister Tara Rivers, and other members of the Cayman delegation and members of Cayman Finance held meetings with senior managers from the Bank of New York Mellon and with Citibank. Matters discussed included recent legislative changes on economic substance and other regulatory matters as well as an update on Cayman’s economy.

Bank of New York Mellon and Citibank provide important correspondent banking services to the Cayman Islands and these meetings provided an opportunity for the banks’ management to engage directly with Cayman’s political leaders and to better understand the changing legislative framework. Both organisations noted that they continue to value their relationship with the Cayman Islands and with Cayman Islands’ banking institutions.