A look inside: Indian photojournalist records life in quarantine 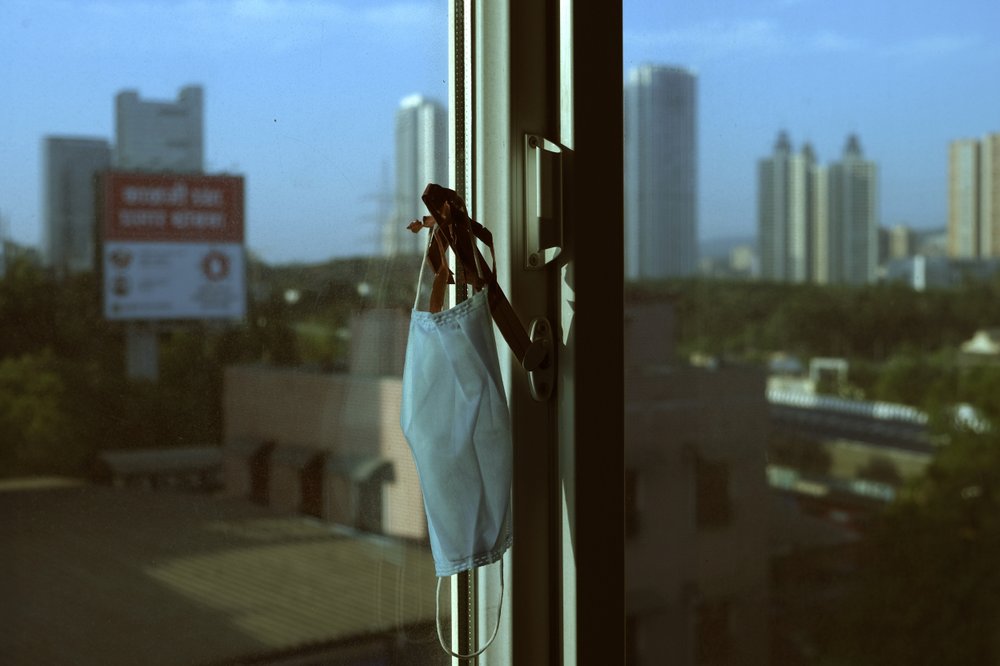 Maqbool's mask hangs on a good luck charm made by his daughter. (AP photo/Rafiq Maqbool)

MUMBAI, India (AP) — Rafiq Maqbool remembers never flinching while covering high-risk news assignments such as the war in Afghanistan, the Sri Lankan tsunami or the conflict in Kashmir, where he grew up and decided to become a photojournalist.

But a call on April 20 filled him with a dread he had never felt before.

The caller told the 43-year-old Associated Press photographer that he had tested positive for the coronavirus.

India has reported more than 30,000 confirmed coronavirus cases and over 1,000 deaths.

Since March 24, its 1.3 billion people have been living under one of the world’s strictest stay-at-home orders, forced to remain indoors except to buy food and other necessities.

At the urging of health authorities, more than 160 journalists were tested for the virus in Mumbai on April 18.

Fifty-three tested positive, including many who were asymptomatic. Maqbool was one of them.

When Maqbool learned of the results, he cut short an assignment and drove home. Fear and despair gripped his mind.

Associated Press photographer Rafiq Maqbool's mask hangs on a good luck charm made by his daughter, at a hotel where he was quarantined in Mumbai, India. (AP Photo/Rafiq Maqbool)

Maqbool was placed in quarantine in a hotel along with 40 other journalists, with the remainder, quarantined elsewhere.

The staff would ring his room’s doorbell, put food outside and leave. Every morning there would be phone calls from the nurse or doctor on duty to check his health.

He spent hours looking out the window at birds flocking on a tree outside. The scene brought him comfort.

But 15 kilometres (9 miles) away, Maqbool’s wife was feeling increasingly strained.

The children demanded to know where their father was. Neighbours had to be assured everything was fine. Authorities sealed his apartment building.

Maqbool turned to prayer, which helped him feel better.

Over the next few days, a chat group formed by the hotel residents became his second family where other journalists talked about their experiences.

“It was our little ghetto in the time of the coronavirus,” he said.

He would also spend time taking pictures, his camera clicking images that would form this photo gallery.

On day 5, Maqbool and the other hotel residents were tested again.

When the results came back two days later, Maqbool and his colleagues were found to be negative for the virus.

Later that day, on April 27, he was reunited with his family.

Lara 'fine' after being admitted to Mumbai hospital

PHOTOS: A drive through St Catherine during lockdown