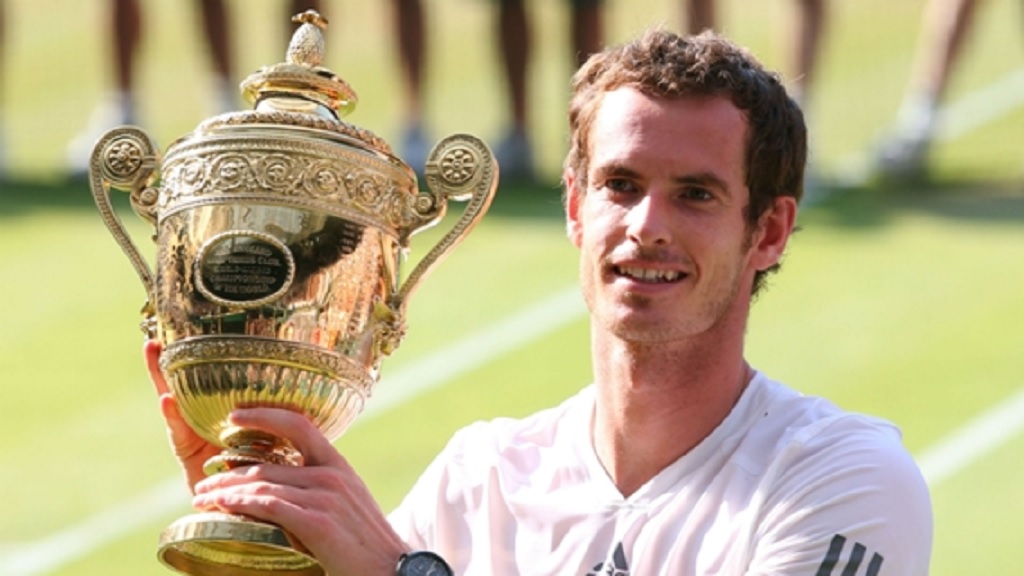 As he nears the end of his magnificent career, it is hoped Andy Murray can take comfort from the fact he leaves a wonderful legacy in more ways than one.

In an emotional news conference at Melbourne Park on Friday, a tearful Murray was forced to acknowledge the fact this month's Australian Open could be his last tournament, with surgery on his troublesome hip having failed to produce the desired results.

The 31-year-old hopes to play on until Wimbledon - the scene of his greatest career triumphs - but knows, one way or another, the end is nigh.

If it seems painfully unfair that Murray is set to retire at such a young age, there can be no doubt he has made the most of his time on a tennis court, having wisely chosen to move to Barcelona as a teenager in order to train at the Sanchez-Casal Academy.

Three grand slam singles titles, two Olympic gold medals, a Davis Cup crown and a spell as world number one represent Murray's standout feats, all achieved during the most competitive era in the history of men's tennis, with Roger Federer, Rafael Nadal and Novak Djokovic - the winners of a staggering 51 slams between them - as his rivals.

His many successes were not only more significant for that reason, but also because Great Britain had waited so long to have a male champion in the sport's biggest events and Murray had fallen short at the final hurdle in four slams before finally breaking through at the 2012 US Open.

Having been beaten three times by Federer and once by Djokovic in showpiece finals, Murray refused to give in, showing immense grit and determination to finally secure titles at the highest level despite being challenged by three of the best players of all time.

His maiden slam triumph in New York was followed by an even more noteworthy victory - again, over Djokovic - the following year as Murray ended his country's 77-year wait for a male singles champion at Wimbledon, while he was almost single-handedly responsible for Britain's Davis Cup glory in 2015.

By the end of 2016, he was the world number one, had retained his Olympic title and boasted a second Wimbledon crown. Further slam titles appeared inevitable for a player at the peak of his powers, but it was not to be as injuries took their toll.

Despite seeing his career cruelly cut short, Murray has compiled a list of accomplishments that place him among Britain's all-time sporting greats.

Yet in addition to achieving so much in tennis, he can also be immensely proud of his efforts in fighting for equality, a fact highlighted as the tributes to Murray rolled in on Friday.

It is certainly hard to think of any high-profile male sports star in recent years who has done more in speaking out against sexism.

A consistently vocal supporter of women's rights, who benefitted alongside his brother Jamie from the guiding influence of their mother Judy during their earliest years on the court, Murray expressed exasperation at the criticism Amelie Mauresmo received when she served as his coach from 2014 to 2016.

In an interview with Elle magazine after their partnership had ended, he said: "Now, when I lose a match, I get the blame. When I was working with her, it was always her fault. The amount of criticism she got in comparison to any other coach I've ever worked with - it's not comparable at all."

He has also corrected reporters on more than one occasion when they have failed to recognise achievements in the women's game, while he was quick to offer support to Norway international footballer Ada Hegerberg after she was asked to 'twerk' after accepting the inaugural Ballon d'Or Feminin award last month.

In addition, Murray has made his support of equal rights for LGBT people clear and the great Billie Jean King - a 39-time grand slam champion across singles and doubles who remains a hugely significant advocate for equality decades after her retirement - believes he can continue to make his presence felt over the years to come.

"You are a champion on and off the court," wrote King on Twitter. "So sorry you cannot retire on your own terms, but remember to look to the future. Your greatest impact on the world may be yet to come. Your voice for equality will inspire future generations."

Regardless of what lies ahead for Murray, he has already inspired many. His deeds will be celebrated and cherished long after the sadness surrounding his impending retirement fades.