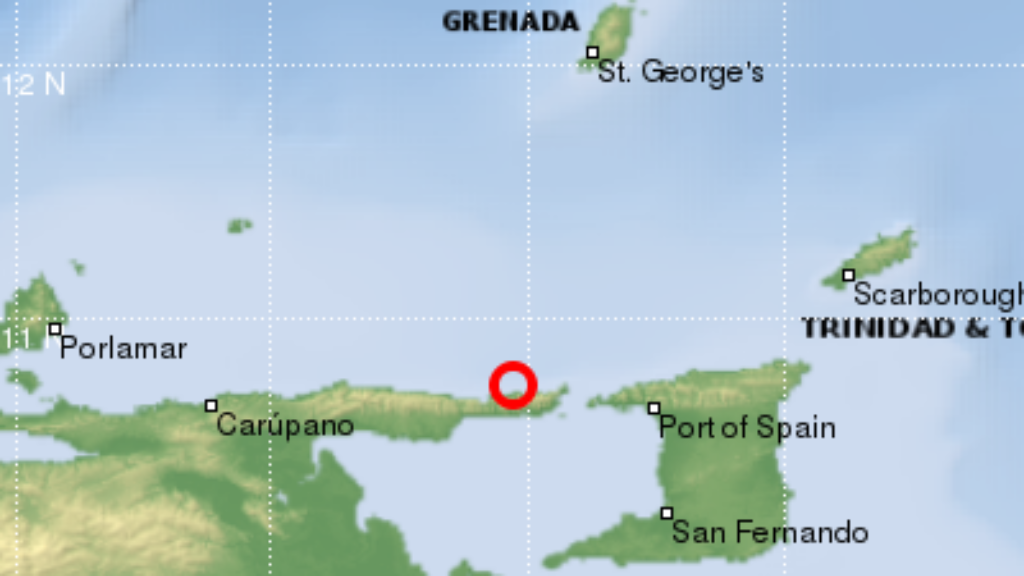 A magnitude 4.4 earthquake was recorded just off Port-of-Spain in Trinidad on Tuesday night.

According to the UWI Seismic Research Centre’s Automatic Earthquake Location system, the quake occurred at 9.31 pm local time, at latitude: 10.75N, longitude: 62.06W, and at a depth of 35 kilometres.

The SRC said, however, that this is only a preliminary result automatically located by a seismological computational system.

It’s yet to be reviewed by an analyst, therefore, the result may vary when new additional data are processed.

This is the third earthquake in the Lesser Antilles and South American continental shelf for this week, as magnitude 4.2 and 5.7 quakes were recorded on the morning and afternoon of September 9, near Trinidad and Tobago and Venezuela, respectively.

The events ranged from light (4 to 4.9) to moderate (5.9) magnitudes. Quakes ranging from magnitude 2.5 to 5.4 are often felt, but only cause minor damage, while those of magnitude 5.5 to 6.0 result in slight damage to buildings and other structures.

According to the United States Geological Survey (USGS) one of the world's deadliest earthquakes occurred in Western Honshu, Japan on September 10, 1943. USGS said around 7500 houses were destroyed in the Tottori area.

The quake, which was felt from Niigata, to Kumamoto, Kyushu resulted in 1,190 deaths.

Surface faulting was seen on two nearly-parallel faults about three kilometres apart southwest of Tottori, with the longest one around eight kilometres long with both horizontal and vertical displacements.

Did you feel any of the earthquakes this week?