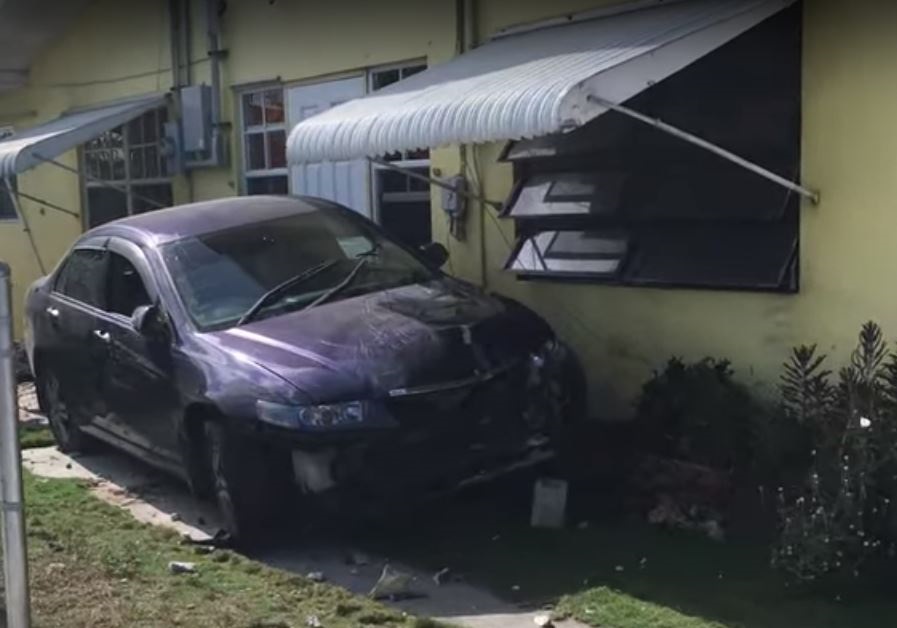 The police in a release moments ago said that a pedestrian remains in critical condition following a collision early Friday morning in George Town.

Reports from the Royal Cayman Islands Police Service (RCIPS)  are that the vehicle was headed west on Smith Road towards Anthony Drive from Bobby Thompson Way, when the driver lost control of the vehicle and as a result, the vehicle left the roadway.

The vehicle knocked over a pedestrian, who was on the side walk headed in the opposite direction, and later came to a stop when it landed in the side of a home.

The pedestrian was tended to by the Paramedics and was transported to the Cayman Islands Hospital where he appears to be in critical condition and is believed to have sustained life threatening injuries.

The driver of the vehicle does not appear to have sustained any injuries as a result of the incident however; he was also taken to the Cayman Islands Hospital for examination.