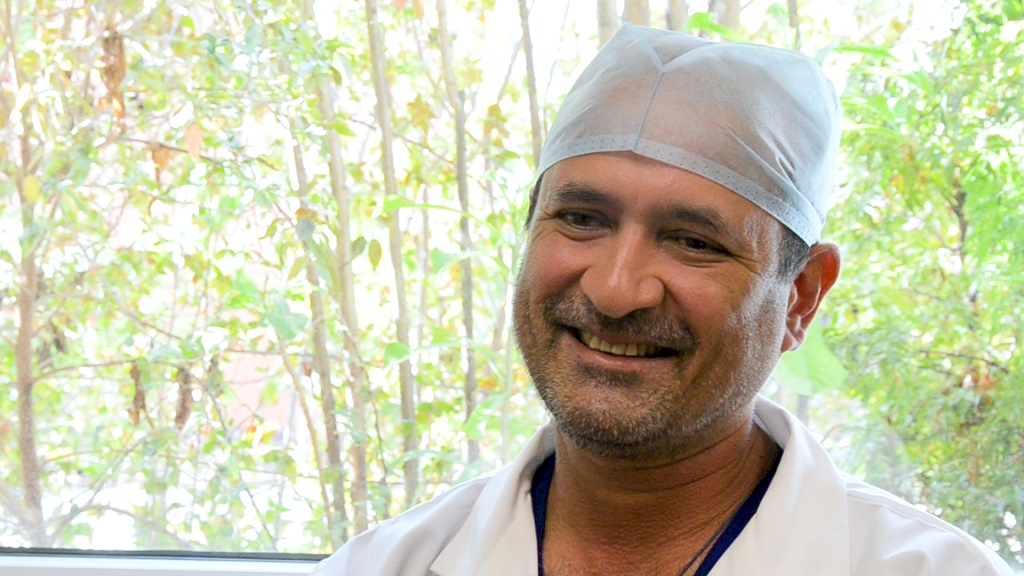 A man who was stabbed in the liver at Carnival and left on the brink of death has made a miraculous recovery.

And he is thanking medics at Health City Cayman Islands for saving his life.

The young man, who was knifed in the liver during Carnival festivities in May, was rushed to the East End facility after being referred from the George Town Hospital.

Health City is the only hospital in the Cayman Islands that is able to treat liver injuries. Liver trauma patients were previously flown overseas for treatment.

His chances of survival were slim and the patient, who preferred not to be identified due to ongoing court proceedings resulting from the attack, fears he wouldn't be alive today if it weren't for Health City and surgeon, Dr Deepak Varma.

He recalled: “They were great … the doctors calmed me down. If I had to be flown overseas I don’t think I would’ve made it. I would’ve lost too much blood by then.”

Dr Deepak Varma, a senior gastrointestinal and hepato-pancreato-biliary surgeon, has 20 years’ experience and he led the operating team.

With significant blood loss, the critically injured patient was stabilized in Health City’s Level 3 Trauma Centre before undergoing emergency surgery. Dr Varma recalled that once the patient got to the hospital, within half an hour he was inside the operating room and the bleeding was under control.

He also revealed that since the liver is a vascular organ, the excessive nature of the bleeding could have resulted in death.

The surgeon said most liver injuries heal within two to three months and physically-fit patients can go back to normal life after.

And this particular case has a happy ending as the man is now well on the road to recovery.

“I’m feeling much better, 10 times better. I’ll soon be able to start working out, doing more activities … but I just have to take it one day at a time,” he revealed. “It’s great to have Health City there. I’m just grateful to be alive. They really took good care of me.”

The Caymanian resident also expressed his gratitude that care was available locally, since arranging an air ambulance takes several hours and any delay in treatment could have cost him his life.

Man charged for stabbing a woman in her head