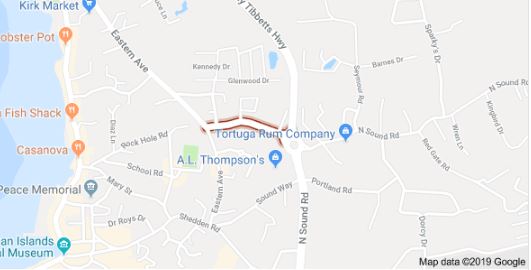 This comes just a little over a week after a similar incident was reported at Greenwood Drive in George Town.

Reports are that on Monday night officers responded to a report of an attempted robbery at a store on Godfrey Nixon Way.

A lone masked man had entered the store, pointed an object, which was covered with a cloth, at a worker inside and demanded cash.

A struggle ensued, during which the masked man was struck with a stick by the worker.

The masked man then fled the scene on foot.

Nothing was taken during the incident and no injuries occurred.

The object brandished by the culprit during the incident does not appear to have been a firearm or other weapon.

The incident remains under police investigation.

The suspect is described as being about 5’6” in height, and was dressed in black shoes, dark jeans, a black hoodie, and had a black cloth over his face.